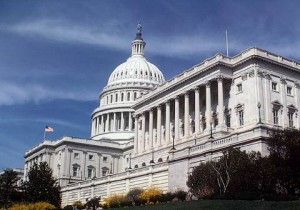 Senate Rules Committee staff on Thursday removed microphones and locked the doors of a hearing room in the Russell Senate Office Building where an informal hearing was scheduled to review the findings of the Tea Party Debt Commission, a months-long crowd-sourced effort to develop a budget proposal that balances the budget, reduces the debt and gets America’s fiscal house back in order.

“The Senate hasn’t been able to pass a budget resolution three years running. They have been unable to do their job, and now the Rules Committee is trying to prevent the American people from doing it for them,” said Matt Kibbe, president of FreedomWorks.

“The Senate has refused to let the American people know what the highly secretive budget ‘Super Committee’ is doing behind closed doors,” Kibbe added. “We’ve come to Washington with the real solutions developed by the American people, and the Rules Committee won’t let their voices be heard in an open forum. It’s outrageous. They’re kicking us out of our own building because they’re afraid we are going to do something crazy like balance the budget.”

The hearing was scheduled to begin at 2 p.m. in Hearing Room 325 of the Russell Senate Office Building, one of three senate office buildings across Constitution Avenue from the U.S. Capitol. Sen. Mike Lee (R-Utah) sponsored the hearing so lawmakers and the public would have an opportunity to hear the findings of the Tea Party Debt Commission (TPDC). The commission of 12 volunteer Tea Party activists developed its report based on the results of a crowd-sourced online poll completed by nearly 50,000 Americans and field hearings held around the country in recent months.