By Guy L. Smith, Special for US Daily Review.

It won’t take you long to recall the last time at work somebody resisted changing something. From the mundane and unimportant like changing the stationary, the look of the bulletin board, the type of coffee in the coffee machine or the traditional venue for the office holiday party to much more serious like changing the organization’s name, dropping a product line, merging to survive or closing regional offices.

How many times has someone said to you, “Oh, you can’t do that. In this organization that’s just impossible.” Workplace inertia is so common it is parodied everywhere, from popular TV shows to comic strips. 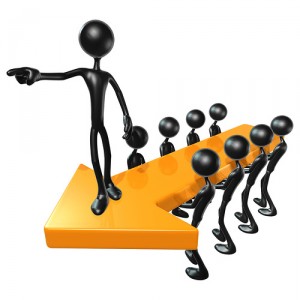 In part the impossible is held back by risk aversion and fear of change. Change is feared everywhere, but nowhere more than in the workplace. Corporations everywhere are littered with mediocrity, a mediocrity that is simply accepted “because doing that is just impossible.” So, organizations are run within ever-narrowing parameters with grudging acquiescence to never achieving what others see as impossible.

I believe ordinary, accomplished people in organizations, often those in middle management, can achieve the impossible. That belief is grounded in the experience of my Corporate Relations team at Diageo North America.

Instead of focusing on what’s possible, this team has spent the last 10 years striving for the impossible and making it a reality, proving it is not always the Nobel Laureates or Apollo 13 astronauts who have the power to impact real change. Ordinary, accomplished people in organizations, especially those in middle management, can achieve anything. They can and do achieve the impossible.

The first step is simple: eliminate personal beliefs and social pressures that new ideas, large-scale changes, and innovations cannot be achieved by ordinary people. Reframe what is possible. To do this, I believe all we need to give our teams is the motivation – and the support – to strive to achieve more than others think is reasonable or possible.

I’ve worked in the White House, had to get stuff done in Baghdad, Kabul, Sarajevo and Pyongyang,  and in some of the biggest companies in the world where I’ve seen this idea in action. Now, as Executive Vice President of Corporate Relations for the North American operations of Diageo, I am privileged to lead an incredible group of individuals who initiated fundamental change in our industry that many deemed impossible from the start. Through use of simple motivational tactics that provide critical structure and support, this team has confounded an entire industry through their achievements.

By utilizing the “The Seven Guideposts to Achieving the Impossible” my team has been the driving force behind some of the largest scale, transformative changes the beverage alcohol industry has seen since Prohibition, remaking the social and regulatory landscape of their industry – something believed impossible just a decade ago.

Managers and their teams can apply these essential ideas by personally connecting to The Seven Guideposts to Achieving the Impossible:

Over the last decade, Diageo’s Corporate Relations team has consistently worked toward the goal of changing the social, legal and regulatory landscape for beverage alcohol. All along the way, each of us – individually and collectively – knew we were capable of this task, because we were personally connected to each one of these guideposts. It is through accepting and following these tactics any team can achieve the impossible.

Guy L. Smith has been Executive Vice President of Diageo North America, the world’s leading premium drinks company, since 2000. He is responsible for all internal and external communications, government affairs, reputation management, public policy and corporate social responsibility. Smith was previously in the Clinton White House as Special Advisor to the President. Prior to that he spent more than 25 years in senior corporate, NGO and government roles.

Smith and the entire Diageo North America Corporate Relations Team, have just released a new book, If It’s Not Impossible, It’s Not Interesting: Leveraging Personal Experience to Create a High Performance Team, a compilation of 41 empowering stories of overcoming personal obstacles to achieve the impossible that illustrate what can be accomplished by following ‘The Seven Guideposts to Achieving the Impossible’. It is available through www.amazon.com.