Family Research Council (FRC) expressed concern recently over a recent “same- sex ceremony” conducted at a Fort Polk chapel in Louisiana, a state in which voters have approved a constitutional amendment defining marriage as the union of one man and one woman. 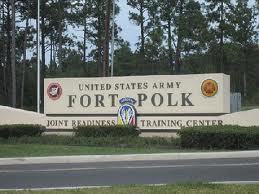 “This ceremony evades the intention and violates the spirit of the Defense of Marriage Act (DOMA) which remains the law in America, defining marriage as a union of one man and one woman for all purposes under federal law.

“The Obama administration is once again using the military as a vehicle to advance its social agenda which plainly includes tossing aside the marriage laws of forty-four states.

“This ceremony at Fort Polk is further evidence that Congress must act to adopt the current House of Representatives language in the Defense Authorization act to make very clear that the military should not be exploited to advance this administration’s social agenda,” concluded Perkins.