This summer, as the London 2012 Olympic Games unfold, we’ll witness the flight of the “Social Media Butterflies,” digitally savvy moms who crave connection and conversation around major events. Expect these women to be one of the most active and engaging consumer segments as their use of social media often outpaces other demographic and user groups – including the hyper connected members of Gen Y and Gen Z. This is among the key findings from the 2012 Taylor Consumer Engagement Survey: Social Media and the Olympic Games. 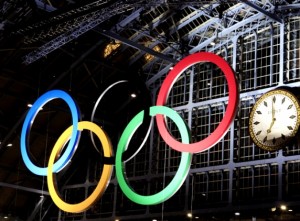 Taylor  is the only agency that has been on the ground supporting consumer brands at every Olympic Games since 1984. Given how social media and digital technologies impact the consumer experience with global properties like the Olympics, Taylor designed and commissioned this survey of more than 1,000 U.S. consumers to fully understand how they will be viewing, sharing, and interacting with the London 2012 Games. The survey provides learning and insight across several important consumer targets, including: Avid Olympic Fans, Moms aged 25-54, Affluent Americans with HHI 100k+, Youth aged 13-23, and mobile device users (mobile phone, Smartphone, and Tablet). Fielded by MarketProbe International, a global research company, the survey was supplemented with trends research, analysis and insights from Taylor’s Brand Counsel Group.

London 2012 promises to be the first true “social media games” where fans (and the brands that want to appeal to them) have the opportunity to connect across time zones via 24 hours of content and coverage in real time across multiple platforms.

“Multiple screens mean multiple viewpoints when watching events like the Olympic Games. Everyone in the household – moms, dads, kids, family and friends – will have their own platforms to share their unique perspective. This creates a more personalized experience for fans,” said Jackson Jeyanayagam, Senior Vice President, Digital Strategy, Taylor.

Taylor’s survey reveals just how much computers and mobile devices will be pivotal platforms for the London Games. Of the total survey sample, 20% state if they could choose just one device to watch the Olympic Games it would be something other than TV.

To brand marketers, this is especially enticing as social media engagement around major sports and entertainment properties like the Super Bowl and the Grammy Awards has been intensifying exponentially. When considering the uniqueness of the Olympic Games, which are played out over 17 full days and feature thousands of athletes competing across 26 sports, the implications and opportunities for brands to connect with consumers via various touch-points throughout the day are unparalleled. In fact, Taylor’s survey shows from the early morning through lunchtime, more than half of Moms say they will be using social media sites to post original content and comments.

“Moms are the consummate social media butterflies in that they use and rely on these types of digital platforms for information, inspiration, and inclusion,” said Katina Scott, Vice President, Brand Planning Director, Taylor. “While many moms are not traditional sports fans, they have a strong affinity toward the Olympics. When looking for a trusted source of information on the Games, more than half of Moms say that social media is the most important source of information about the Olympics.”

Other insights and emerging trends of the survey include: