Three members of the Expedition 30 crew undocked from the International Space Station and safely returned to Earth on Friday, wrapping up a five-and-a-half-month mission in space. 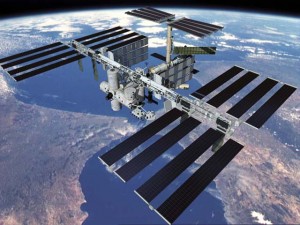 Commander Dan Burbank of NASA and Russian Flight Engineers Anatoly Ivanishin and Anton Shkaplerov landed their Soyuz TMA-22 spacecraft in Kazakhstan at 6:45 a.m. CDT after undocking from the space station’s Poisk module at 3:18 a.m. The trio, which arrived at the station on Nov. 16, 2011, spent a total of 165 days in space, 163 of them conducting research on the station.

Before leaving the station, Burbank handed over command of Expedition 31 to the Russian Federal Space Agency’s Oleg Kononenko, who remains aboard the station with NASA astronaut Don Pettit and European Space Agency astronaut Andre Kuipers. They will be joined by NASA astronaut Joseph Acaba and Russian cosmonauts Gennady Padalka and Sergei Revin. Acaba, Padalka and Revin are scheduled to launch May 14 from the Baikonur Cosmodrome in Kazakhstan and dock with the station on May 16.