The adage “The only thing constant in life is change” is a famous saying coined by a French author whose name is far less famous than the expression he gave to the world. Although not many remember his name (I confess that I had to do a Google search to find it . . . his name was François de la Rochefoucauld.), we all benefit from his insight because his wisdom causes us to pause and consider what changes we may see in the future, as well as how those changes may affect us. Such reflection I undertook one day after reading about “additive manufacturing.” 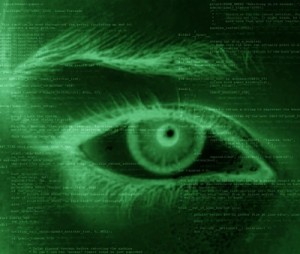 Additive manufacturing is a production process that makes three dimensional objects from a digital file. Think of it this way. Imagine that instead of printing out a flat picture of the Statue of Liberty by using your computer you could instead print out an actual, three dimensional statue. (Of course, hopefully a bit smaller than the one that stands in New York harbor.) What a change that would be. Yes, change is a constant. This change is here.

According to “The Third Industrial Revolution,” a recent article in The Economist, this change is being used for processes much more complex and significant than printing out mini-Statues of Liberty for our amusement. Now not only can an industrial or consumer product be designed in a computer, it can also be manufactured by that same computer on a “one-off” basis. The Economist article says that already products such as hearing aids and high-tech parts for military aircraft are being “printed” on a customized basis.

In effect, manufacturing as we know it is being replaced. Manufacturing as an industry will become less dependent on massive amounts of capital, large facilities filled with high precision machines, and the skilled labor required to operate those machines. Manufacturing will become more dependent on the three dimensional printer, which seemingly from The Economist article, would be significantly less high-tech than the factories needed to produce various products.

As I said above, Rochefoucauld’s aphorism gives us pause to reflect not only on what changes we may see in the future, but more importantly his insight stimulates us to think more deeply about the effects of those changes.

Notwithstanding the disruptions to employment and capital markets that additive manufacturing is likely to cause, and which are likely to be significant, let’s think first about competitive disruptions which would only magnify those occurring in employment and capital markets. Let’s think about how unfair competition may be enabled by the proliferation of additive manufacturing processes.

To what sort of “unfair competition” do I allude? How about cyber-thieves?

They’ll no longer be stealing just the “blueprints.” They’ll also, in a sense, be stealing the factory.

That cyber threats are a factor in business is no secret. Much has been publicized about how hackers have broken into the systems of many companies, making off with sensitive and valuable information. The theft of the “blueprints,” the designs, the intellectual property of various companies, presents many problems in terms of creating unfair competition, which can have serious repercussions for the labor market and the economy in which the victimized company participates.

Until now, the blueprint thieves only had half the equation. Successful thieves would have the design of a product, but the product would not be realizable until a manufacturing facility, one created through massive inputs of capital, machinery, and labor, produced it. This need of a factory presented an obstacle in the ultimate realization of ripping off commercial intellectual property.

But if the need of a traditional factory, the need of a mechanism by which to manifest the stolen designs, is removed in the era of additive manufacturing, then it stands to reason that the tumbling of this barrier will only embolden cyber thievery, adding turmoil and perhaps uncontrollable disruption to ecomomic and labor markets. And this type of disruption would pale by comparison to how this new technology would enrich the product of economic espionage, as is suggested by the mention of the additive manufacturing of high-tech military aircraft parts in the aforementioned Economist article.

Rochefoucauld was right. The only thing constant in life is change. We can’t do anything about that. But, thanks to his insight we can predict what that change will bring and maybe, just maybe, make the necessary adaptations to keep the bad guys from stealing both the blueprints along with the factory.