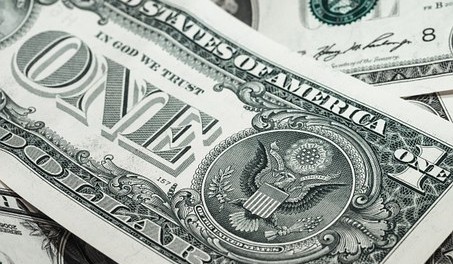 Over the last few decades, the US economy has seen several upheavals. As the country gradually emerged from the clutches of the great depression, the Dollar has steadily grown stronger. The only way to judge the valuation of currency is by comparing it to a plethora of essential currencies of other countries. Its exchange rate plays a critical role in the evaluation process. Other currencies that contribute to the valuation are Yen, Euro, Canadian Dollar, Swedish Krona, British Pound and Swiss Franc. In truth, one cannot say that a strong dollar has no benefits. A strong dollar positively impacts some, while it negatively impacts  others.

It is giving the citizens more purchasing  power

US citizens holding American dollars can easily travel abroad, especially to third world countries like India and Sri Lanka. This is mainly due to the lack of influence of the US dollar on the local currency of these countries. This honors the traveling American citizens with more buying power. The nagging sovereign debt crisis has rendered the Euro weaker concerning the American dollar. As a result number of Americans are going for holidays in European countries. They are finding Euro tours more affordable than they did even two years ago! More Americans living outside the country, but still holding dollars will find their living costs decrease over time. A strong dollar ensures better lifestyle for many ex-patriots as well as better vacationing opportunities for those traveling  overseas.

Goods from other countries appear cheaper. Imports become more profitable, and the continuous increasing strength of dollar ensures constant fall of import rates. For example – luxury cars from Audi, Porsche, Mercedes, Ferrari, and BMW will cost much less than they did two to three years ago. Importing them will be much cheaper, and the prices will become affordable for most Americans. As the prices keep plummeting, more Americans will find themselves with disposable income. In fact, most US industries that rely on import of raw materials from abroad will spend much lesser as well as enjoy a lesser cost of production. This will rake in higher profits than the previous  years.

However, this also means that American goods become more expensive abroad. That is bad for the large multi-national corporations that invest in the American market. The global market is very competitive, and many investors can turn away from America due to higher costs of goods and services. They can invest in developing economies for enjoying lower rates. A strong dollar can have a long-lasting negative effect. Technology, basic materials, and energy are the main sectors that are most susceptible to the negative effects of a strong dollar. Most of the multi-national corporations with large capital investments in the USA span these three sectors and their investments go beyond into other sub-sectors as well. Estee Lauder Companies Inc, General Motors Co., United Technologies Corp., Oracle Corp., and Chevron Corp. have already faced the brunt of a strong dollar in the last  year.

Who bears the impact of the strong US dollar  effect?

Even the tourism companies in the USA face depreciated growth as well as lack of business. Travelling in the US for people from other countries is expensive, and it is becoming more expensive with the increase of dollar value. It also hurts the non-citizens who reside in the country, but earn in their home currency. In fact, a huge number of exporters are closing down business due to the constant increase of the value of the dollar concerning the currency of the importing country. The importing countries are turning away from America, and they prefer doing business with countries with lower currency values. Expensive exports are costing Americans jobs every day. To find out more about the strong US dollar effects, visit Etoro Review  today.

Several countries work with foreign countries, although they are based in the USA. These companies always run a high risk of getting hurt. This includes McDonald’s, Phillip Morris as well as Coca-Cola Enterprises. Some of the similar companies have franchises in third world countries that take a direct hit when the dollar valuation increases. In contrary to this situation, some foreign governments who use US dollars will have to pay significantly more for the same amount of dollars as the currency value keeps rising  constantly.

Why is the strong dollar effect becoming more  prominent?

We must understand that a strong dollar does not represent a strong economy. The country might have recuperated from the recent global depression, but the USA is yet to fortify its currency against the adverse effects of a strong dollar. While other countries are reducing the valuation of their currencies to facilitate growth, the Federal Institutions in the USA are facilitating amicable monetary policies. Debt interest rates are hitting all-time lows, and more people are paying off their debts easily. This is boosting the robustness of the US dollar concerning other core  currencies.

The stock market prices will take a direct hit this year as well as the following year. There is a lack of sustainable spending among consumers and an absence of wage growth. This will make it very difficult for the stock prices to see any appreciation over the next year at least. Almost all the company stocks mentioned above will suffer long-term. A few like the UnitedHealth Group, CVS Health Corp., The Allstate Corp., Dollar General Corp., The TJX Companies, Inc. and Alaska Air Group, Inc. still have chances to fare well in the coming year, irrespective of the valuation of the US  currency.

The US dollar is becoming stronger by the day. This will have a direct impact on all large multi-nationals. It is best to stay away from these stocks as well as the stock market for the time being. However, if you want to invest, consider the companies that believe in domestic  exposure.