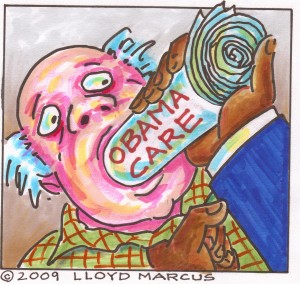 Kevin Price recently interviewed Kate Nix of the Heritage Foundation.  Subject? the ten terrible things Obamacare does to the economy.

Hear that interview in its entirety here.

Obamacare includes such a variety and volume of negative policies that it’s hard to keep track of them all. Here is a list of 10 terrible provisions that every American should be aware of: