It would be an understatement to say that Texans love their trucks — one out of every five are sold there — but for readers of Texas Fish & Game, it became personal when North American International Auto Show judges named the Range Rover Evoque Truck of the Year.

“I expected some backlash,” said Linda Water Nelson, the publication’s Vehicle Editor and writer/editor for INSIDEout: Cars & Trucks, “but it was as though I had stabbed them through heart by reporting the results.”

Nelson, an auto writer for more three decades, says that she never expected the article to be so controversial: “Evoque is a sports truck by all standards.  It is four-wheel drive with towing capacity and Range Rover DNA.” 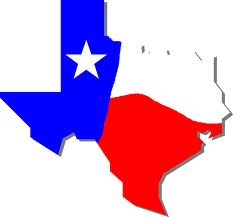 It performed very well at the Texas Auto Writer’s Association annual truck rodeo where seasoned writers – most based in Texas– took the Evoque on the same ranch course as the Ford Raptor and F-150, GMC and Chevy Silverado pick-ups and an array of Ram Trucks.  In the mix were Nissan PRO-4X and Toyota Tundras and SUVs, also.

Evoque was one of the most driven vehicles among the 50+ entries and the biggest gripe was from writers who never got a chance to drive it.  Response by writers who did was the opposite of readers who responded to the Texas Fish & Game piece.  For the record, Texas Truck of the Year was the Ford F-150 and Texas SUV was the Jeep Grand Cherokee.

“One of these rugged Texas he-men described it as appropriate for soccer moms going to the spa who want to say they drive a Range Rover, while another questioned my credentials as an auto writer,” says Nelson.  “When I asked them if they had ever driven the Evoque, which has a starting price of $45,000 and a 240hp turbocharged Si4 engine, they never responded, but I would love to hear from them.”

Adds Nelson: “Every sport truck in Texas isn’t a pickup and it’s different strokes for different folks when it comes to what constitutes a Texas sport truck, I guess.  But all of the fighting words sounded a lot more like the Republican presidential candidates race than an annual prize for truck maker bragging rights.”