What a heritage!  For over twenty five hundred years Greece has thrived because of its wonderful people and beautiful country.   Also called the world’s Cradle of Democracy, Greece was a destination for entrepreneurs who started shipping companies, boat building, and recently high tech ventures.  The economy was vibrant, exciting, and  prosperous.

Due to an overbearing government bureaucracy and crony capitalism where tax breaks are given to the politically affiliated companies, and public sector employees have the best benefits, well-meaning people have taken the economy down. Right now, there are a slew of protectionist laws, and regulations that stifle creativity, making it more difficult to start and operate businesses.  Now liquidity has become a HUGE problem.  The International Monetary Fund had basically cut Greece off the money train and this once prosperous country is on life  support.

What’s even worse is that Greece’s entrepreneurs are suffering as well.  Future job growth has been compromised due to a lack of new startup companies, so on paper its economic future is getting more questionable by the day.  Youth unemployment is at 50%, and many of these fine young minds are leaving the country. For the youth, Greece has become a virtual wasteland of lost opportunity, and its entrepreneurs are seeing this brain drain as an ill wind coming at them in the future.  Where will they find software engineers and coders for a budding high tech industry? Adding insult to injury, this year thousands of businesses have closed down, causing a 25% unemployment rate and the country’s economy is  contracting.

When the financial crisis hit, the entrepreneurs and small business owners discovered they couldn’t get international payments in or out of the country.  Manufacturers that import pieces and parts to build products are unable to get them because it’s difficult to send money across borders.  If you want to market your products overseas, there is no way to get paid. I guess we’d call that the proverbial catch twenty two.  To paraphrase, you’re darned if you do and darned if you  don’t.

Currently there is hope and some very good news! The governments of Greece and The European Union have just struck a deal. Greece will start to loosen some very restrictive regulations on business and raise some taxes, and the EU will help this fine country become liquid again.  There’s more: Athens has a dozen startup incubator centers that can help people turn ideas into real companies.  They will provide mentors, coaches, and potential funding for entrepreneurs to start and grow their  businesses.

So don’t give up on Greece. Those great Greek entrepreneurs will turn it around.  It will take time and patience, but put your sunglasses on, Greece’s future is  bright! 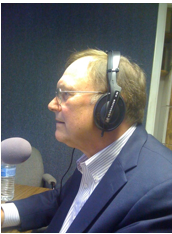 Kip Marlow was the founder of Marlow Surgical Technologies, a company that provided proprietary products for gynecology.  He is a “recovering” entrepreneur, radio show host, counselor to small business owners, and now author of The Entrepreneurs: Success and Sacrifice. He also developed “The Risk Takers®, a 60 second vignette about famous entrepreneurs which is syndicated to radio stations across  America.

In 2013 Kip was named one of the Top 100 Small Business Influencers in the United States, and his book has been nominated as The Best Business Book, in the management category, by Small Business  Trends.

He can be reached at  kip@tecaclub.com