By Kevin Price, Publisher and Editor in Chief. 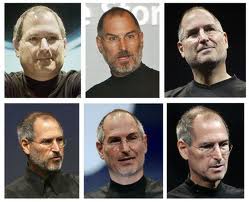 In 2009 I wrote an article about how the temporary departure of Steve Jobs was clearly hurting Apple and that the company was not prepared for him to be gone.  The problems that existed then, remains today, and all the more so in light of Jobs passing away.  His death, in spite of a long term illness, seemed to be a surprise to many.  This includes even those in the world of Apple.  This wass written as if Jobs was only absent, the implications are far heavier now that he has passed away.

When a business owner gets ready to sell, one of the very first questions a business broker or marketing consultant will ask is “does the business have an image outside of the business owner?” So many businesses completely link themselves to the owner that, if the owner died or was forced to quit, the business would be seen as being in serious trouble.
This is a problem that is typically associated with small to medium business. It is the mattress store that is known by its energetic owner that will “save you money,” or the carpet guy who is convinced that his company is the only one that really knows its trade. Big companies tend to have enough products, services, and prestige to stand on their own.
There have been big companies that have lived a little dangerously in this regard. Lee Iaccoca “single handily” saved Chrysler and there was huge concern about the company surviving without him. Ever since Orville Rickenbacker passed away there has been a void in the popcorn company. Old commercials of the now dead founder are designed to remind viewers that the company has not wandered far from its roots. The death of Wendy’s founder, Dave Thomas has created a similar void for which the company has yet to recover. The company continues to appear to be interested in being bought by another country. But the situation with Steve Jobs of Apple is creating a situation that we simply have not seen before.
The Seattle Times reports that “for months, Apple’s shares have gyrated on rumors and bogus reports that Steve Jobs was in ill health. Recently, Apple said Jobs suffered from a treatable hormone imbalance. But optimism didn’t last. Jobs began a leave of absence Wednesday saying his health issues were ‘more complex’ than thought. Shares opened sharply lower Thursday, and closed down 2.3 percent. On Friday, the stock declined 1.3 percent, finishing the week at $82.33.”
Steve Jobs is a cultural and business icon of amazing proportions. We have seen very few like him before and I doubt we will see very more after. This leader has taken many products from idea to best seller and he has had his finger prints on those products. His linkage to the company is so profound that his ill health, could lead to a serious sickness for his company.
The challange for Apple is to determine a way to transfer some of the founder’s prestige to the company itself and that seems to be no small challenge.