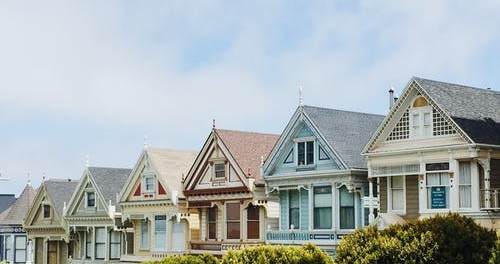 These days, it seems almost every conversation, television and radio advertisement, and news headline either revolves around the evolving coronavirus pandemic or alludes to it in some way. In fact, very few lives haven’t been impacted by the situation to an extent. Across the nation, schools and workplaces are closed, restaurants are operating on a limited basis, the general public is restricted from public places, and people are forced to shelter in place rather than getting out and about as they normally would.

It’s no secret that the economy has taken a sharp downturn in the wake of COVID-19. People are facing a great deal of uncertainty in light of the circumstances, the likes of which the country hasn’t experienced since the influenza outbreak of just over a century ago. While dozens of questions now circulate in the minds of the public, many of them focus on the nation’s housing market. Many are left wondering how the pandemic will affect mortgage rates during the weeks and months to come.

Taking a Look at the Backstory

Based on long-term reports, America’s housing market has seen quite a few changes over the last 40 years. In 1980, mortgage rates jumped as high as 13.74 percent, which was unprecedented. Following that tremendous spike, rates began to fall. They remained on a fairly steady decline until 2012 when they reached a record low of 3.66 percent. Then, after a mild roller coaster ride, those rates dropped back down to 3.94 percent for 30-year fixed-rate mortgages in 2019.

Although interest rates were generally falling during this time frame, figures from the real estate sector show home prices themselves surged over the last few years. From 2010 through 2018, home sale prices rose by almost 50 percent. Despite the increase in home values, people continued to seek out new homes because reduced interest rates helped balance the scales. At present, though, new developments are rocking the real estate world from a few angles.

Studies show the first human cases of COVID-19 arose in China in late December of 2019. Within a matter of about three weeks, the virus made its way around the world and hit frighteningly close to home here in the United States. The first confirmed case of coronavirus in America was reported in late January of 2020, and mortgage rates began to fall almost immediately. Though some analysts feel other forces were at work in this development, most insist it was directly related to the burgeoning pandemic.

Considering the situation at hand, the Federal Reserve quickly stepped in to reinforce the housing market and help preserve its stability. In early March, it announced an emergency rate cut on mortgages of half a percentage point. Less than two weeks later, it imposed a second rate reduction of one percent. This brought interest rates on 30-year fixed-rate mortgages to below three percent for the first time in the nation’s history.

At the same time, the Federal Reserve decided to give the real estate sector another helpful boost. In March, authorities from the organization announced plans to purchase as many mortgage-backed securities as necessary to keep the housing market from hitting rock bottom. Their goal was to ensure lenders had plenty of money to hand out to homebuyers and owners looking to refinance. Shortly thereafter, mortgage rates once again fell slightly.

Those interest rate decreases could have easily propelled the housing market to new heights under normal circumstances. As a general rule, when the economy takes a downturn and people begin to lose confidence in intangible investments, they place their faith in more solid ventures like real estate. Because of this, the housing market remains steady or even gains steam in times of Wall Street worries. That hasn’t been the case so far; instead, it’s heading in the opposite direction for a few key reasons.

First off, thousands of people have lost their jobs or experienced significant pay cuts at the hands of the coronavirus. Many who were in the market for a home can no longer afford to buy one. Those who still feel they’re financially stable enough to take out a mortgage loan aren’t eligible for one in the eyes of lenders because of their new income gaps. Several potential homebuyers who received approval for a mortgage loan prior to the outbreak are hesitant to move forward with the purchasing process due to uncertainty over the future.

Secondly, sellers are taking their homes off the market. Whereas some simply gave up and decided they had no hope of selling their homes in the current market, others retracted their listings out of anxiety. In a time when people are afraid to leave their homes to go to the supermarket for fear of being exposed to a potentially deadly virus, they’re certainly not willing to allow strangers to tour their homes. Some local lawmakers have banned in-person walkthroughs altogether. Would-be sellers also face the possibility of having to sell their homes for far less than their asking prices, which is yet another incentive for deciding not to sell right now.

Because of all this, the housing market is experiencing a considerable decline. Home sales have dropped by an average of 50 percent in many areas across the country. Some cities are reporting downturns of as much as 70 percent. People aren’t purchasing or selling homes right now regardless of the current interest rates. On the other hand, homeowners interested in refinancing and converting from adjustable-rate mortgages to fixed-rate alternatives are making every effort to take advantage of the present situation. Those who are considering following suit can find more information at debtconsolidationnearme.com.

Mortgage rates generally rise and fall in proportion to the demand for homes. Demand is low right now thanks to the coronavirus, so mortgage rates are at all-time lows as well. No one is sure of exactly how the pandemic will play out moving forward, so it’s difficult to predict which direction rates will take during the months to come.

In all likelihood, COVID-19 will continue to drive down mortgage rates or, at the very least, help keep them steady at their current levels. Since rate cuts were imposed to bolster the housing market, they’ll probably remain in place for a while even after the crisis passes. That will give buyers and sellers alike an opportunity to proceed with their pre-coronavirus plans as they recover from the economic impact of the pandemic.