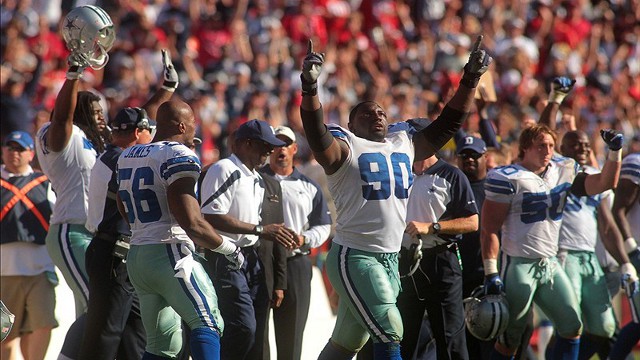 For four decades, the Dallas Cowboys were synonymous with winning and were the gold standard for how to operate a football franchise. Seemingly unhindered by the rest of the football universe, the names of Tom Landry, Roger Staubach, Troy Aikman and Emmitt Smith were exalted to legendary status along the path to earning a record five Super Bowl championships. They won with flair, grace, and a unique quality of football brain-trust that constructed teams with stamina and staying power. From the unprecedented stretch of twenty consecutive winning seasons under Landry, to Jimmy Johnson’s group that captured three Super Bowls in a four year span during the 1990’s, to the immaculate blue star on the helmet, and the famous hole in the roof, the Cowboys were a franchise that, not only had it all, they did it all.

But the dawning of the 21st Century brought about a new beginning, one where philosophy and ego collided head-on with a harsh reality. Even in the face of looming salary-cap restraints and dwindling roster talent, hands-on owner Jerry Jones – co-starring as the team’s general manager – is convinced that his Cowboys are just one-step away from a return to football glory. Leaning upon what he believes is a star-studded track-record as a general manager for support, Jones moves mountains, changes course at midstream and defies anyone or anything that will stand in his way. This now-or-never approach to management proves to be the prime culprit in a decade of infamy that leaves the Cowboys, more often than not, on the outside looking in at the playoffs.
Rich in history and laced with timeless quotes, Decade of Futility is a true tale of defeat, providing readers with authoritative answers to why the Dallas Cowboys have fallen from football’s highest throne and have failed to return to glory.

Decade of Futility deals with a topic not many want to approach, losing and failure. This especially applies to Jerry Jones and the Dallas Cowboys. However, the significance of this topic lies in the fact that life is full of evidence, anecdotal and empirical, that long term failure happens for specified reasons. Many books have been written dealing with various aspects of the Cowboys long term success and the reasons for it, including that of the Jerry Jones era of ownership and management. But no one has delved into the times of franchise hardship, turmoil, losing and failure under the tenure of Jerry Jones in the form of a book.

Decade of Futility serves a positive on behalf of the Dallas Cowboys Fans. It is the only source providing a timeline to connect the plethora of events, words and actions surrounding this prolonged time of failure. Misplaced bits of memory are coalesced into a plausible understanding of this period of distress. Certain words and actions that, heretofore, seemed isolated and bizarre, now make sense in their proper context. They remain bizarre but understandable.

That’s been the Cowboys of the 21st Century so far. They have been nothing more than the ultimate oxymoron; wildly popular and extravagantly profitable, yet an enigma of positive failure.

Decade of Futility also appeals to the general sports fan because of the glitz and glamour of the Dallas Cowboys and Jerry Jones. American popular culture always likes the attractive, the flashy, the successful and wealthy. And that’s exactly what America’s Team is!