Summer is supposed to be a time of celebration for teens and their families with prom, graduation and college on the horizon. Unfortunately, new analysis of crash data from the Insurance Institute for Highway Safety (IIHS) shows that July 4 is the deadliest day for teens on the road and is just as deadly for the motorists that will be driving alongside them.

In the U.S., car crashes are the number one cause of death for everyone ages 1-34, with teens crashing four times more often than any other age group. Based on the latest available data, IIHS reports that more than 800 people were killed on July 4 from 2006-2010, making July one of the deadliest months on the road for drivers. And if the projections remain true this year, an average of 140 people will lose their lives on July 4 due to car crashes. In 2010, Missouri lost 83 due to fatal car crashes during the month of July. 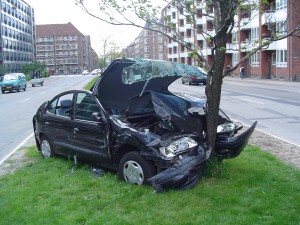 Teens accounted for nearly 10 percent of the fatalities that occur on July 4 and are particularly susceptible to fatal distracted driving incidents. Research from The Allstate Foundation found that 49 percent of teens report that texting is their biggest distraction behind the wheel.

“These tragedies are compounded by the fact that many crashes are preventable,” stated Tracie Bibb, a St. Louis-based agent. “Driver error, speeding and distractions are the main causes of crashes, and seemingly simple activities such as switching radio stations or interacting with friends can significantly impair a teen’s or adult’s ability to react quickly to changing traffic conditions. Staying focused on the road, wearing seat belts and following the speed limit and other road rules are simple steps we can all take this July 4 to make sure that we return home safely.”

Currently, legislation that would encourage the states to enact optimal teen driving laws, or Graduated Driver Licensing (GDL) laws, is being considered by Congress as a part of the Surface Transportation Reauthorization bill. GDL policies have been shown to reduce traffic fatalities by as much as 40 percent in the states where they have been adopted. Additionally, recent research from The Allstate Foundation’s License to Save report found that comprehensive GDL laws could save an estimated 2,000 lives and $13.6 billion annually.

Allstate and The Allstate Foundation urge Americans to do their part in making roads safer for all families during the Independence Day holiday. The Allstate Foundation’s website is a great tool for additional facts and resources that can keep everyone safe on America’s roads. Parents in particular can take simple steps to help their teens be safer on the road: