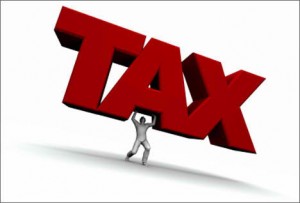 M-F at 8 pm CST on http://1070knth.com, hosted by US Daily Review Publisher/Editor in Chief, Kevin Price.
Kevin Price recently interviewed Curtis Dubay on the raging debate in Washington, DC over taxes. Curtis Dubay is a Senior Policy Analyst at The Heritage Foundation, where he specializes in tax issues.Before coming to Heritage in November 2008, Dubay was a Senior Associate at PricewaterhouseCoopers in Atlanta, where he structured international transactions as part of the accounting firm’s Transfer Pricing Group.Dubay previously served as a Senior Economist for the Tax Foundation, where he authored three widely recognized and cited reports: “Tax Freedom Day,” “State-Local Tax Burdens” and “The State Business Tax Climate Index.” (Tax Freedom Day refers to the date on which Americans at last have earned enough income to pay the nation’s total income tax bill for the year.)

Watch the interview in its entirety here.