Voters across Wisconsin last night reaffirmed their support for expanded educational options, as school choice supporters were retained in five of the state’s six recall elections.

The American Federation for Children, a pro-school choice organization, praised the results as a victory for the thousands of Wisconsin families who currently benefit from the state’s two voucher programs. Three of the four state senate candidates and the governor and lieutenant governor emerged victorious, affirming strong support for educational options in the Badger State. 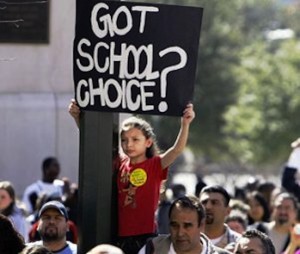 State Senators Scott Fitzgerald and Terry Moulton, as well as State Representative Jerry Petrowski, were among the winners last night. As of this morning, State Senator Van Wanggaard was projected to be defeated by school choice opponent John Lehman by fewer than 800 votes, though the extremely tight margin could bring forth a recount.

In the state’s most high-profile race, Gov. Scott Walker, who was a champion of and signed into law last year’s historic voucher expansion of the Milwaukee Parental Choice Program (MPCP), joined Lt. Gov. Rebecca Kleefisch in defeating opponents and ensuring that supporters of educational choice will continue to occupy the governor’s mansion through at leastJanuary 2015.

The American Federation for Children, which has been active for many years in Wisconsin, invested heavily in the recall elections to educate voters about the records of school choice champions and opponents.

“The voters of Wisconsin have spoken, and they’ve affirmed their support for leaders who stand in favor of educational options, not special interests,” said Betsy DeVos, chairman of the American Federation for Children. “We look forward to seeing the governor and legislators work to defend and expand school choice for families in the months and years ahead.”

More than 23,000 students participated in the MPCP this year, while as many as 500 students will be eligible to participate in the Racine program in the fall.