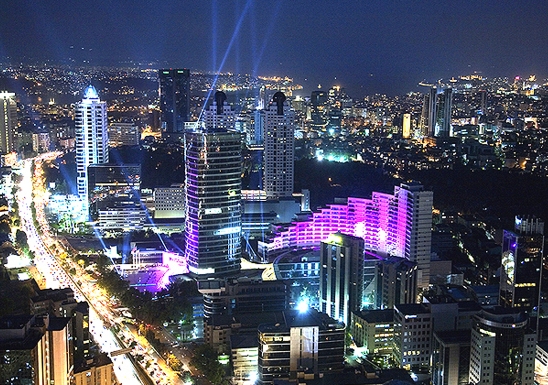 Recognizing that commercial real estate is no longer just a consequence of a city’s success but a driver of it, Jones Lang LaSalle (NYSE: JLL) has identified San Francisco, London,Dubai, Shanghai and Wuhan at the forefront of cities that demonstrate the combination of strong short term socio-economic and commercial real estate momentum and longer term foundations for success. In its new, proprietary City Momentum Index (CMI), Jones Lang LaSalle goes beyond traditional, static economic rankings to delve into the underlying drivers that are the hallmark of highly dynamic cities.

According to Jeremy Kelly, Director, Global Research for Jones Lang LaSalle: “City momentum is about far more than just raw GDP growth.  The true foundation of highly dynamic cities emerges from such factors as speed of innovation and creation of cutting-edge businesses along with new building construction, property price movement and investment in real estate from cross-border investors and corporations.

“The new City Momentum Index offers a fresh and uniquely comprehensive perspective that identifies the signals of change and characteristics of city momentum. By focusing on the features of a city that are likely to underpin future performance, the CMI stands apart from the standard historic performance upon which most indices are based. It is such measures of dynamism in infrastructure, connectivity and innovation that we believe will be steering many investment and location decisions in the future, though investors and corporates should note that high momentum can pose both risk and opportunity.”

The cities that top the CMI are characterized by these dynamics:

While Continental European cities are under-represented at the very top of the list and show lower momentum in comparison with emerging cities, several powerful and successful European cities possess the attributes for longer term success as validated by the ongoing high levels of real estate capital inflows.  Demonstrating success factors relating to education, innovation, sustainability and transparency, Paris, Berlin and Amsterdam, for example, are distinguished by their strengths in talent and new technologies, while Copenhagen has among the world’s strongest ‘green’ credentials.

The City Momentum Index assesses 111 cities world-wide with a weighted overall score based on 34 short-term and longer term variables.

Short-term socio-economic momentum variables (40 percent of the model) include recent and projected changes in GDP and population, air passenger traffic, corporate headquarter presence and recent levels of foreign direct investment as a proportion of a city’s economy.

Longer term variables (30 percent of the model) that are likely to determine future economic strength and real estate momentum include high-value incubator indicators such as university presence and educational infrastructure, innovation capability and presence of technology and venture capital firms.

Kelly comments further: “While most indices provide only a static picture of city competitiveness, by taking a unique look at the combination of short-term variables and sustainable long-term characteristics the CMI provides a look into underlying city dynamics, adaptability and real estate market characteristics.”