The survey was carried out by leading market research agency, Kantar, and gathered 54,000 respondents from 39 countries. The club that Forbes recently named the most valuable in world sport was identified as the favourite team of 659 million followers around the world. Kantar found that football remains the world’s most popular sport, with 1.6 billion followers globally, reinforcing the results of a recent FIFA survey which produced a similar figure. 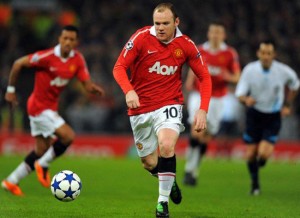 Richard Arnold, the Club’s Commercial Director, commented on the long-term strategy that has made Manchester United the number one club in the world’s number one sport:

“Manchester United has built on a tradition of iconic players, iconic teams and iconic achievements – Beckham, Busby, Benfica ’68. Now our games are broadcast to 1.15 billion households globally, to an audience of over four billion a year. Manchester United resonates with followers all over the world, and it’s their passion and support that means year after year we can continue doing what matters most to everyone at the Club: playing attacking football and competing for trophies.

“The growth in our followers since 2007 correlates with what we have seen as we have rolled out our new approach to reaching fans.  From the increase in TV viewership from two to four billion last season, to the demand from millions of media subscribers in 72 countries through our media partnerships, to the way the footage of Wayne’s overhead kick echoed around the world on social media, we can see that the connections to the club are growing exponentially.

“With the DHL Champ19ns Trophy tour we have seen that passion from our community of followers face to face in 38 cities across the globe, and there does not seem to be a beach or street in the world where you do not see the Aon and Nike shirt.

“This survey shows that our family of followers is going from strength to strength.”