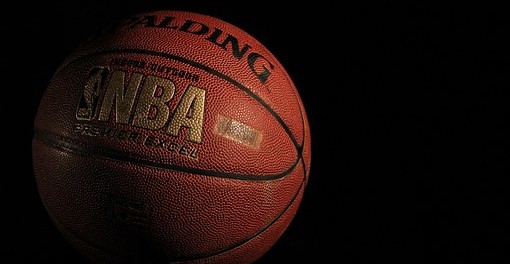 The 2019 NBA draft is a month old in the memory, and most of the big trades that are going to happen on the back of that Draft are all done. There are still a few teams thrashing out deals for players, but for the main part, we know what our NBA lineups are likely to look like for the 2019-2020 season.

With the outstanding talent who took part in the Draft this year, the majority of teams will be happy with what they’ve got – but then, we say that every year. There’s always at least one player who fails to show anything like the kind of form that won them plaudits at college level. There’s also always a trade signing who ends up looking like he forgot how to play the moment he left his old team.

There are obvious risks that come along with signing any player who’s new to the NBA, but that risk shouldn’t be an outright gamble. Teams still have the chance to study the form book and videotape before deciding to offer a permanent home to a player, and so making a signing shouldn’t be a stab in the dark. Successful recruitment from the Draft should be more like predicting the next suit to be drawn from a pack of cards than playing slots. You have a one in four chance with a pack of cards, whereas on the next spin of the reels in slots anything could happen. You’d win a lot more from playing at mobile slots websites in the UK like AmigoSlots.com than guessing on the turn of a card, but you also have a lower chance of success. That doesn’t stop some big teams behaving more like they’re playing the Basketball Star slot than playing with a real team, resulting in some bizarre draft decisions.

Here’s our take on the worst five NBA draft picks of all time!

When the Nets decided to draft Ed O’Bannon in 1995, it suggested that someone within the Nets organizational hierarchy hadn’t updated their scouting reports for a while. O’Bannon would have been an outstanding pick – if the Draft had arrived a year or two earlier for him. He’d been one of the greatest prospects in college basketball, but his body was already beginning to betray him by the time the moment came for him to turn pro. The Nets either didn’t see his deterioration, or didn’t want to. O’Bannon’s knees were shot, and no amount of therapy was able to repair the damage. He also hadn’t bulked out in the same way many of his college peers had, and wasn’t suited to the more intense physical rigors of the NBA. He was done as a professional sportsman by the age of 24, and these days he’s better known for suing the NCAA than anything he achieved on the court.

Two of our picks come from the same year – 1995 must have been a dark time for the NBA Draft! Unfortunately for our two selections, both of them merit their inclusion. The story of Jonathan Bender is a lesson in why you should never draft a player based on their performance in one game. Bender had the showing of a lifetime in the McDonald’ All American Game, racking up a personal points tally of 31. It was the high point of his career. Bender was injury-prone; an issue not helped by the fact that he was painfully skinny for his height. His pro career lasted seven years, but he missed three of them in a row with bad knees. It’s fair to say that the Pacers never saw a return on their investment in him.

Having a name which lends itself well to getting nicknames from the media is both a curse and a blessing, as Pervis Ellison knows only too well. A media-friendly name can get you headlines – and therefore a profile – but can also make you an easy target for mockery. When Pervis Ellison was tearing up the college game with Louisville, leading by example as they claimed the national championship, the press liked to call him ‘Never Nervous Pervis.’ He played with a smile on his face, and didn’t seem to have a care in the world. He gave the impression that pressure didn’t get to him, which made him all the more attractive a Draft pick; NBA sides like players who won’t get fazed by the step up. Things started going wrong in his rookie season with Sacramento; he picked up a severe knee injury, and never truly recovered from it. In his brief career, Ellison never made it through a single season without missing time because of injuries. By the end, his nickname had changed to ‘Out of Service Pervis.’

Everybody got carried away on the Greg Oden hype train in 2007, but nobody more so than the Portland Trailblazers, who made him their first-round draft pick. Oden was supposed to be the new face of the NBA. He’d been outstanding in Ohio State’s national championship campaign, and most teams had him on their radar. The Blazers believed they’d pulled off the heist of the century when they landed him, and even started talking openly about Oden leading them to the NBA title. They should probably have had a thorough medical report compiled on their new marquee signing before making such statements of intent. Oden’s knees were a mess of microfractures, and needed surgery. That surgery didn’t work, and so Oden had another, and another, and another. The Blazers held on to him for five years, but during that time he missed three whole seasons, and attracted a lot of bad press. Oden achieved nothing, and the Blazers had passed on the chance of signing Kevin Durant to bring him in. Bad, bad move!

Maybe the Portland Trailblazers should just give up on the Draft completely and find other ways to bring players in. Passing on Durant to sign Greg Oden wasn’t enough for them – they also passed on signing Michael Jordan in 1984 so they could bring in Sam Bowie, a man who may as well have been made of glass. Instead of the greatest basketball player ever to walk onto a court, the Blazers had signed a player who literally fractured his tibia walking onto the court in 1987. He missed that whole year, as well as most of 1986 with a broken right leg, and the previous year because he’d broken his left leg. He may have been the inspiration for Samuel L. Jackson’s character in ‘Unbreakable.’ Bowie did eventually recover and go on to play for seven more incident-free years, but never set the league on fire. How different might NBA history look now if they’d picked up Jordan instead?