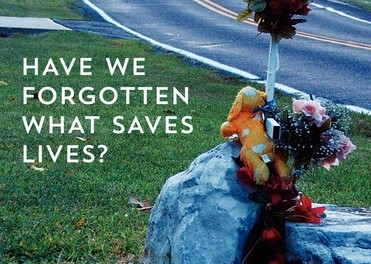 By Advocates for Highway and Auto Safety, Special for  USDR

Advocates for Highway and Auto Safety (Advocates) released the 2017 Roadmap of State Highway Safety Laws. The 14th annual report rates all 50 states and the District of Columbia (DC) on adoption of 15 basic traffic safety laws. This “report card” exposes deadly gaps in these essential laws and should serve as both a wake-up call and call to action for state  legislatures.

This report is released at a critical time in traffic safety nationwide. Recent data reveal sharp increases in motor vehicle crash fatalities in 2015 with the upward trend continuing in 2016. More than 35,000 people were killed in 2015 and over 2.4 million injured, according to the National Highway Traffic Safety Administration (NHTSA). This represents a 7.2 percent increase in fatalities from the previous year and the largest percentage uptick in nearly 50 years. Further, preliminary data for the first nine months of 2016 show an 8 percent increase over the same time period in  2015.

This alarming two year jump in motor vehicle crash deaths also corresponds with a significant decrease in state legislative progress to pass lifesaving safety laws. In 2016, only four states and DC passed an optimal law as defined by this Report. This sets a new record low for state legislative  advances.

“The problem is clear – too many lives are lost, serious injuries sustained and needless costs incurred due to motor vehicle crashes.  And so is the solution. Today, every state has dangerous gaps and loopholes in their traffic safety laws that needlessly make our roads dangerous and put families at risk. The Report’s title, “Have We Forgotten What Saves Lives?” raises a pressing question.  And, unfortunately, the answer is “yes”.  This public health crisis demands legislative action and not legislative amnesia about what works and what is needed,” said Jackie Gillan, President of  Advocates.

The report recommends and rates 15 optimal laws that are based on decades of real world experience, as well as numerous scientific studies and data analysis. Each state is given a rating in the five categories as well as an overall grade of: Green (Good); Yellow (Caution); and Red (Danger). States earning the top rating of green were: RI, DE, WA, LA, OR and the District of Columbia. Those states that were assigned a red rating are: SD, WY, AZ, MO, MT, FL, IA, NE, VA, ID, MS, NV, NH, ND, OH, PA and  VT.

The report reveals that across the nation, 376 state laws are  needed:

In addition to Advocates’ President Jackie Gillan, speakers at today’s release  are:

The 2017 Roadmap of State Highway Safety Laws, speaker statements and news conference webcast can be found at  www.saferoads.org.