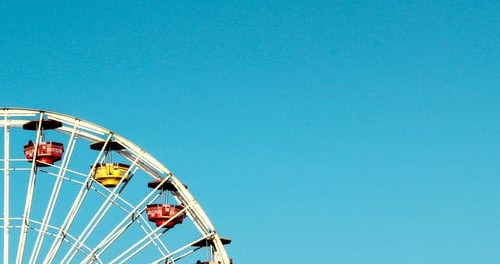 It’s one of the top theme parks in the world and we’ve got the best tips for visiting this amazing tourist attraction in Orlando. Let’s get started!

Stay at a Universal Resort

There are seven incredible resorts on Universal property:

Some are more luxurious, while others are more family-friendly. For example, Cabana Bay has a 50s beach vibe with kitchenettes in most rooms, perfect for kids. Portofino Bay has a more romantic Italian appeal and is great for couples. But overall, they’re all great for the whole family.

Staying at an on-site hotel offers:

Sure, you might find something cheaper elsewhere, but if you’re visiting the parks, staying on-site is a no-brainer.

Pro Tip: If you’re not staying on-site or are only in town for the day, drop off your bigger bags with a secure luggage storage service nearby. No need to lug extra stuff through the park or leave it in your hot car for the day.

Arrive Early or Stay Late (Or Both!)

Depending on the time of year, Universal Orlando’s theme parks have varying operating hours. Regardless, it’s a good idea to show up early and stay as late as possible.

As we mentioned, you’ll get early access to the parks if you stay at a Universal on-site resort. However, even if you’re not staying on the property, gates often open just before the official opening hours. Waiting at the gates helps you get the upper hand.

Similarly, most guests are ready to call it a day by 4 pm. So, plan to stay in the park until closing time to make the most of your trip.

There’s so much to see and do at Universal Orlando. With three theme parks, amazing resorts, and CityWalk with fun activities, shopping, and tons of restaurants, you’ll want to have enough time to explore it all.

Plus, in the more popular areas such as the Harry Potter-themed lands, you’ll want to really take your time without feeling like you have to rush from one thing to the next.

Four days will give you ample time to visit Islands of Adventure, Universal Studios Florida, and Volcano Bay while also allowing you to check out the pool at your resort, go mini-golfing at CityWalk, and ride your favorite rides again if once wasn’t enough!

Buy your tickets online to save money and time. Plus, if you’re an American Express cardholder, use it to buy your Universal Orlando Resort tickets and enjoy amazing perks. In the parks, you’ll have access to the AMEX lounge: an air-conditioned respite with free snacks and beverages.

Universal Orlando is notoriously busy during the holidays and over the summer, just as many theme parks are. When kids are off school and families have time off work, the parks are packed.

So, it’s best to avoid December altogether. Plus, the summer months are excruciatingly hot in Orlando, so, if you can, avoid May through August.

September and November seem to be ideal times to visit since October is when Universal holds its iconic Halloween Horror Nights events which can get pretty busy. January, just after the holiday season, is usually quiet at Central Florida theme parks as well.

If visiting Universal Orlando with children, the child swap is the best way to make sure both parents and any older siblings can go on a ride even if a smaller child doesn’t meet the height requirements (or can’t quite muster enough courage).

You’ll all wait in line together and let the team members know you’re doing a child swap. Once it’s time to ride, one adult waits in a holding room with the child. Once the first adult has ridden, they’ll switch.

Most Universal Orlando rides also have single rider options where you’ll experience shorter wait times but you’ll be separated from your group on the ride.

If your budget allows, get a Universal Express Pass that allows you to skip many long lines for attractions. Most guests feel it’s worth it. Remember – these passes are a perk of staying at certain Universal hotels!

While many suggest to head straight to either Hogsmeade or Diagon Alley first thing in the morning, some claim it’s actually better to wait until later in the day.

Since everyone will be rushing in first thing, you’ll find that things start to die down pretty quickly. As we mentioned earlier, theme parks are tiring and people will start to head out in the afternoon. Use that time to hit up the most popular parts of the park which are, undoubtedly, the Harry Potter-themed sections.

Beware! Diagon Alley is easy to miss. It’s quite hidden and some guests have trouble finding the entrance. Across from the purple Night Bus and around the corner from King’s Cross Station, you’ll see bricks with a small opening. Head inside and prepare to be amazed!

Pro Tip: Take the Hogwarts Express between parks instead of walking from Islands of Adventure to Universal Studios Florida (or vice versa). This ride requires a two-park ticket.

Save on Food with a Dining Plan

Outside food is not allowed inside Universal Orlando theme parks. So, unless you plan to eat breakfast and dinner outside the parks, you’ll probably be best off getting a dining plan to save money on restaurants.

Another way to save money on food is to go out to Citywalk for lunch where restaurants are sometimes cheaper (and less busy).

Universal Orlando as a whole actually does a great job offering guests more than “theme park food.” So, even if you have picky kids or foodie friends, there’s something for everyone.

Whether you’re enjoying traditional British fare in the Harry Potter-theme areas or Italian style pizza at Louie’s Italian restaurant, Universal’s theme parks say no-way to the standard, tasteless theme park you might have come to expect.

When it comes to things to pack, here’s a brief list of what you should definitely bring on your trip to Orlando to make the most of your Universal Orlando experience.

Although Florida is mostly sunny, in truth, the weather is quite unpredictable. It’s best to be prepared for anything!