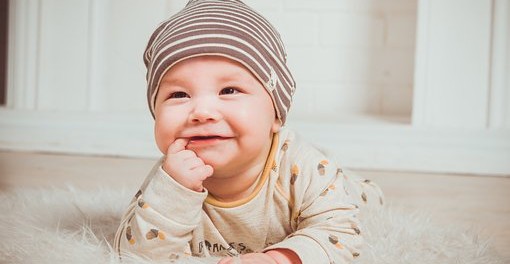 By BabyCenter, Special for  USDR

BabyCenter®, the #1 pregnancy and parenting web and mobile destination, today released its much-anticipated Top 100 Names of 2017. Sophia reigns as the top girls’ name for the eighth year running, and Jackson leads the boys for the fifth year in a  row.

“Sophia is shaping up to be the girls’ name of the decade. It has a lot going for it: It’s feminine, lyrical, popular in many languages, and available in multiple spellings,” says Linda Murray, BabyCenter Global Editor in Chief. “Jackson is having a great run on the boys’ list. It’s strong, masculine, and  modern.”

Reflecting the varied interests and values of Millennial and Gen Z moms and dads, famous pop-culture figures from rap stars to Disney heroines emerged as name influencers, along with basketball champs and, interestingly, colors. The earth and its weather inspired names, too. “Young parents have deep respect and concern for the environment. Storms, climate change, and the sheer beauty found in nature are driving a whole new category of popular baby names,” says Murray. (See below for more detail on the top trends of  2017.)

Chance (as in Chance the Rapper) jumped 21 percent in popularity on our boys’ list. The artist has won accolades for his music and his work to improve public schools and fight gun violence. Kendrick Lamar was labeled “the greatest rapper alive” by Rolling Stone and has spoken out against gun violence; Kendrick climbed 9  percent.

Queen – as in longtime star Queen Latifah, a supporter of LGBT rights, girls’ education, and veterans – ascended 41 percent on our girls’ list. Dre (as in Dr. Dre, a force in rap for decades and a major donor for an interdisciplinary arts and technology program) is up 40  percent.

Baller  names
Plenty of moms- and dads-to-be were inspired when big rivals the Cleveland Cavaliers and the Golden State Warriors faced off in the NBA Finals for the third  time.

For boys, the name LeBron (as in James, of the Cavaliers) soared 64 percent this year. Kyrie (Irving, formerly of the Cavs) leaped by 39 percent, and Kevin (Love, of the Cavs, and Durant, of the Warriors) floated up 9  percent.

Newcomer and spunky heroine Moana made a splash: The name surged up 64 percent for baby girls. Brainy, independent Belle (from Beauty and the Beast, released this year in a live-action version) rose 23 percent. And tenacious dreamer Tiana, Disney’s first African American princess, ticked up 2  percent.

Names from old Disney favorites are doing well, too. Ariel (The Little Mermaid) bobbed up 22 percent for girls, Nala (The Lion King) jumped 8 percent for girls, and Jasmine (Aladdin) crept up 1 percent and is poised to break into the girls’ top 100 list  soon.

Earth, wind, and  fire
The earth is demanding our attention with its storms, fires, floods, and temperature swings – and that’s influencing parents’ baby name  choices.

BabyCenter’s Top 100 Baby Names list is based on the names of more than 500,000 babies born in 2017 to parents registered on the BabyCenter website. The list combines names that sound the same but have different spellings, making it a true measure of baby name  popularity.

About BabyCenter®  LLC
BabyCenter is the world’s #1 pregnancy and parenting digital destination, reaching more than 49 million parents a month in every corner of the globe through its 10 owned and operated properties in 9 languages. In the United States, 8 in 10 new and expectant moms online use BabyCenter each month. BabyCenter provides parents with trusted information, advice from peers, and support that’s Remarkably Right® at every stage of their child’s development. Products include websites, mobile apps, online communities, email series, social programs, an Alexa skill, a Roku channel, and more. BabyCenter also leverages its industry-leading audience engagement to provide unparalleled insights and innovative marketing solutions to the world’s top brands, retailers, and institutions. BabyCenter is committed to improving maternal health globally and, through its Mission Motherhood™ campaign, works closely with nonprofits, NGOs, and governments to help make motherhood safer for all women. BabyCenter LLC is a member of the Johnson & Johnson family of companies. Visit BabyCenter on Facebook, Pinterest, Instagram, and LinkedIn or follow @BabyCenter and @MomInsights on  Twitter.