The newly elected President of Iran, Hassan Rohani, has promised, among other things, the Iranian government would be more transparent going forward.  Should an intelligent person believe him?  No, of course we shouldn’t.  But then again, it would be difficult for the Iranian government to be LESS transparent.  The United States should not throw stones, however.  Our governmental transparency, as evidenced by the many and colorful scandals, also leaves much to be desired.  But, rather than focus on the likes of Benghazi or the IRS, I would like to point to an area of real improvement in transparency.

In the realm of Financial Literacy, how many of you are familiar with XBRL?  XBRL stands for eXtensible Business Reporting Language (XBRL.)  You can think of it as EDGAR, the next generation.  For those who are not long-term member of S.A.F.E., EDGAR is the reporting system companies to report their financial data to the government.  XBRL is simply a new electronic standard for corporations to report their financial results.  There are many significant advantages to XBRL, but I would like to focus on two that are important to S.A.F.E. Members.

First, XBRL is much faster and more reliable.  When IBM finishes preparing their quarterly financial statements they simply hit the “Send” button and their information is instantly transmitted to the SEC.  In addition, the same reports hit the XBRL servers and are disseminated to all the people and financial institutions who subscribe to the service, greatly reducing the time and cost of financial reporting.  Until recently, it could take the leading fundamental data base providers up to a month to update the newest data.  Now it can be incorporated in minutes.  Imagine the informational advantage of an XBRL subscriber versus a non-subscriber in an industry where informational advantage is often measured in milliseconds.  Also, there is no additional manual input or adjustments to the reported numbers, so fewer errors occur. 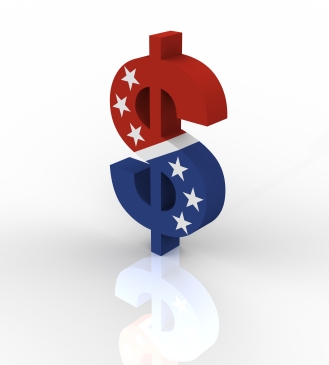 Second, and more importantly, XBRL has precise, internationally standardized definitions for each data item, making comparisons between companies much more apples-to-apples.   When a

number is reported in XBRL we know exactly what that number represents, what is included in that number and what is excluded, down to the exact formula.  Now that is transparency!  Any additional information related to that number is “tagged” to the field, not buried in some fine print foot note most people wouldn’t even look for, let alone read.

How wonderful it would be to see an equally transparent unemployment number or inflation rate and have confidence that number was actually the truth.  As we have often discussed why should the inflation rate exclude food and gasoline?  Every one of us in society consumes both.  Why should large segments of the unemployed be excluded so the government can claim an 8% unemployment rate when that number is completely misleading?

It is the opinion of S.A.F.E. that the government should take a lesson from XBRL, and stop playing games with financial and economic data they report.  And as there is absolutely little motivation for them to do so, change will not occur until the American people become outraged enough to demand honesty from OUR government.

For more information on the Society for the Advancement of Financial Education, visit here. Or email us at info@usdailyreview.com.