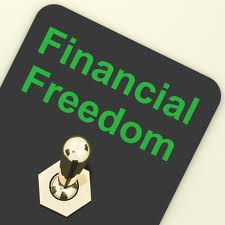 Financial independence is even more elusive than it was two years ago for 20-somethings coming of age amid global economic uncertainty. Millennials with at least some college education who claim to be “totally independent” decreased 26 percent in 2013 (17 percent) compared to 2011 (23 percent), according to the second nationwide survey by The PNC Financial Services Group, Inc. (NYSE: PNC).

“Many of my peers suffer from a failure-to-launch syndrome directly related to the surge in unemployment during the Great Recession and slow pace of recovery,” said Mekael Teshome, economist at The PNC Financial Services Group. “It is not a lack of ambition we are seeing in these data. It is more about a lack of opportunity that has hindered many young adults’ progress against their professional and financial objectives.”

More than half (58 percent) of 20-29 year-olds with some college rate themselves behind where they expected to be in terms of financial success, a 26 percent increase since 2011. However, for many of these children of baby-boomers, optimism remains high; 60 percent of those who do not identify as “totally independent” are determined to be independent soon.

The second PNC Financial Independence Survey sought insights into the financial mindset of 20-29 year-olds who are establishing their careers in a highly competitive job market in the shadows of the global recession. The unique study compares responses both within the age group and among those with and without higher education.