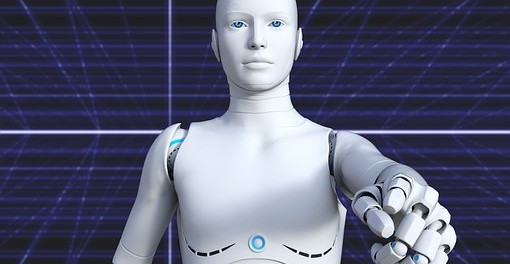 More often than not, robotics and automation are two terms that are used interchangeably. Though automation and robotics frequently go together, these two terms have different  meanings.

A software automation uses a specially designed software to perform tasks using a computer. Let us think of a simple shop that sells clothing. If that shop is completely non-automated, then everything including the sales done, the money collected, the stock available, and the stock that needs to be replaced is recorded on physical books or ledgers by an employee. However, if the company decides to automate, then a software that handles all these tasks is introduced and the employees man the computers  instead.

An industrial automation takes over the physical tasks previously done by the human workforce. Using a machine in the assembly line, for instance, is industrial  automation.

Robotics, on the other hand, is actually a branch of computer science that deals with the design and construction of a robotic arm that can perform some activities in a manufacturing setting or any other industry. Robotic automation, therefore, becomes the adoption of these robotic arms by companies so they can perform certain tasks previously done by the human  workforce.

The world has seen an increase in the use of robotic arms or collaborative robots as they are often called, across the world. Factories and manufacturing plants across a variety of industries are adopting collaborative robots day in day out. Actually, statistics state that by 2019, deployment of robots will increase to 2.6 million units. That number represents close to fifty percent more units than what was deployed in  2015.

Some of the applications and processes that robots have perfected  include,

With this distinction in mind, the question becomes, which will work best for my company? Automation or robotic  automation?

Ultimately the answer to this question will depend on the kind of tasks or processes you wish to automate. However, there are two major factors to consider. Is the task repetitive? Is the task  hazardous?

Irrespective of your industry, if your company has a lot of these repetitive tasks, then robotic automation is perfect for  you.

There are numerous products in the world that are manufactured using hazardous materials. Lead-acid battery manufacturing, for instance, requires handling of acids. Acids require specialized clothing and equipment to guarantee they will not harm the human  workforce.

Again, if your company deals with materials of a hazardous nature, then simple automation will not suffice. A collaborative robot will take over the material handling, making sure your workers are safe in addition to speeding up the  process.

One should note that though robotic arms have been more prevalent in the manufacturing industry, the trend has shifted. Robotics companies are now automating applications in any industry including food and beverages or furniture and equipment. As you consider robotics automation, it is important to keep this in mind so that you don’t allow your industry niche to restrict  you.

Another key thing to remember is that more than just automation, robots bring an element of efficiency into your applications. Taking over repetitive tasks is good, but the biggest advantage is that a robot does the task faster. Faster tasks translate to higher  productivity.