“Improving economic fundamentals continue to drive a modest recovery. However, significant risks remain, with the most critical being the European crisis and uncertainty about fiscal policy,” said Greg Maloney, President and CEO of Retail at 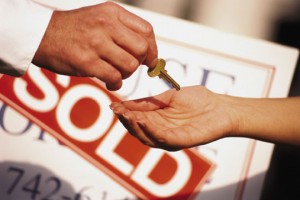 Jones Lang LaSalle. “While retailers are faring better than we’ve seen in the past two years, we witnessed a greater number of underperforming store closings this year. In addition, there continues to be a gradual absorption of available space, but rental rates have still not bottomed out nor are they expected to do so for several quarters.”

Vacancy fell 20 basis points year over year, closing Q1 2012 at 6.9 percent. Net absorption was moderate compared to the previous quarter, totaling just over 12.3 million square feet, but consistent with the trend over the past year. Deliveries were relatively lower as well, coming in at 7.2 million square feet. Vacancy rates are approximately 50 basis points below their peak but still 60 basis points higher than their 10-year average, so it is still a tenant’s market and should continue to be through 2013.

“Performance is critical as both retailers and landlords need to maximize ROI for the remainder of the year,” said Lew Kornberg, Managing Director of Retail Tenant Solutions at Jones Lang LaSalle. “However, employment levels will remain the leading indicator of what we can expect to see next year in terms of growth in the retail sector.”