By creating more than 3,700 jobs through more than two dozen company investments, the U.S.-spurred Scotland led the U.K. in job creation from foreign direct investment (FDI) in 2011, according to new results from the Ernst & Young U.K. Attractiveness Survey and European Investment Monitor. In addition, the survey revealed that Scotland attracted 39% of all U.S. research and development projects that went to the U.K. 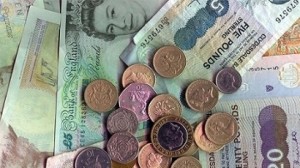 The survey, which highlighted strong inward investment success in Scotland last year, also reported that the percentage of Scottish FDI employment originating from the U.S. has now risen from just over 20% in 2009 to over 60% in 2011.

Ernst & Young’s latest U.K. Attractiveness Survey reports almost 6,000 positions, from 51 projects, were created in Scotland during 2011 – a 50 per cent increase of jobs on the previous year. The survey showed that the U.S was the biggest source of FDI into Scotland overall, accounting for 50% of projects. Norway was the second highest investor in Scotland, reflecting the strength of the nation’s oil and gas industry.

The latest data from the Ernst & Young European Investment Monitor reveals that Scotland:

“The figures also show that Scotland continues to punch above its weight in terms of being an attractive business environment that is conducive to the research and development of major international projects.  Amazon, FMC Technologies and State Street are some of the leading US companies that have chosen Scotland as a world class location to do business during the past 12 months and highlights Scotland’s growing reputation as a global partner of choice.”

Click here to find out more and to read the full reports: http://www.sdi.co.U.K./invest-in-scotland/why-scotland.aspx