Mandated reporters of child abuse”members of professions that have a legal duty to report suspected abuse”need “initial training” as part of their job preparation and “ongoing training” to make sure their skills say sharp, the executive director of the Pennsylvania Family Support Alliance (PFSA) told the Pennsylvania Task Force on Child Protection last week.

“Many studies have documented limited knowledge for detecting symptoms of child abuse and neglect among professionals who serve children,” Angela Liddle said in testimony at a May 31 meeting of the task force in Pittsburgh. 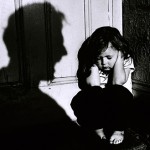 She cited several recent cases in which mandated reporters either failed to recognize child abuse or didn’t realize they had a responsibility to report it. “Perhaps if these individuals had had training they might have recognized the suspected abuse and the fact that they are mandated reporters,” she said.

PFSA last year provided training to 8,100 mandated reporters in Pennsylvania in how to recognize and report suspected child abuse.

The nonprofit organization is supporting legislation to require ongoing training for school professionals. “For years, PFSA has been working to have this type of legislations passed,” Liddle said. “Senate Bill 449 unanimously passed the Senate and we are looking for it to come out of committee soon and be introduced in the House.”

She added that “once this legislation is passed, we need to address training as part of initial and ongoing certification and licensure requirements” for professions that regularly work with and come into contact with children.

According to the most recent child abuse report from the state Department of Public Welfare, there were 24,378 reports of suspected abuse in 2011 and 3,408 substantiated cases in 2011. Thirty-four children died from abuse in 2011. There also were 41 cases of near-fatal abuse.

The DPW report also shows that schools were by far the largest single source of abuse reports from mandated reporters.

In addition to providing training for mandated reporters, PFSA is the Pennsylvania sponsor of The Front Porch Project, a community-based training initiative that educates the general public about how to protect children from abuse.