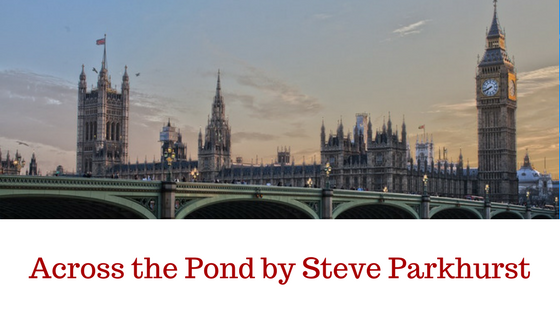 Looking at the news and opinion out of London each day. *The UK has a national leadership election on December 12*

The party remains firmly ahead of Labour, with days to go until the British people go to the polls.

Boris Johnson has launched an impromptu attack on the BBC licence fee on the campaign trail, telling a voter he was “certainly looking” wholesale reform to the national broadcaster’s funding model.

Deep down, we can’t really imagine it happening in Britain. We tell ourselves that extremism is something that afflicts more excitable people. A PM who took the Kremlin line during the Cold War? A grimly unfunny Citizen Smith bent on expropriating private pensions, private schools and private companies? A leader who has never backed his own country in a quarrel with others? We are surely a more level-headed nation than that. Aren’t we?

The Tories have stifled Boris’s jokes and survived Trump. The danger now is T’n’T — turnout and tactical voters

The moment one Tory campaign veteran concluded that Boris Johnson was ready to win came two Fridays ago when he made a speech pledging that a government under his command would “buy British” and tweak state aid rules when the UK has left the EU.

Industry schemes have been encouraging, but understaffed newsrooms face a real crisis

In four days’ time, we have a final chance to take back control and get Brexit done. We must not let this opportunity slip.

Tony Blair has told voters it may not be best to vote Labour in every constituency as he begs them to “choose wisely” to stop Brexit.

This being my last column before the election I will reiterate the prediction I made all those weeks ago (or maybe it was months ago – I’ve lost track of time), and state baldly that the Conservatives will win with a comfortable majority. That expectation was, back then, a political assessment of public opinion. Now it is a moral imperative. The idea that large numbers of British voters could contemplate the possibility of an anti-Semitic prime minister is simply insupportable.

Stump speeches and battle bus stop-offs are a staple of political campaigning.

How to boost rehabilitation and prevent another London Bridge

Too many deradicalisation schemes are unfortunately open to offenders “duping” counsellors

Channel 4 have been caught out smearing Boris – by mis-captioning his speech from yesterday and replacing the word ‘talent’ for ‘colour’. Is it any wonder the Tories are waging war with the propagandists…

Labour, Lib Dems and Greens continue with their mantra – EU trade deal good, US trade deal bad. It is so silly. We trade successfully with the USA, China and others today without the benefit of a specific Free Trade deal. Were we to be able to negotiate a Free Trade Deal with countries like them we would be able to improve a bit on the current strong trade flows by cutting tariffs and removing some other barriers.

Save lives by tackling extremism at its source

Put simply, as with other forms of violent crime, it’s far more effective to tackle the problem at its root by diverting those vulnerable to malign influences before they act, rather than trying to reform and contain them once they have.

PM makes his pitch as election day gets close

He’s ending the campaign by trying to appeal to wavering voters by promising to return to a centrist, One Nation agenda — building on a Conservative manifesto which, were it not for Brexit, would see his party rooted firmly in the mainstream of politics.

Listening to the interviews on the main media is a frustrating experience. The interviewers assume all politicians are telling fibs, so they keep asking the same questions over and over again. The politicians expecting to be on trial usually play safe and stick to a few sound bites their party wants to get across.

Winter may be coming for the Conservatives in London

We have reached that time in the general election timetable when waves of anxiety sweep through campaign headquarters. It always happens, but it’s easy to see why this time all parties are worried. The Liberals are going backwards, Labour is hurting in its heartlands, and the Conservatives are petrified Labour is closing the gap and may yet deny them a majority.

Labour’s nonsense about the cost of the state

Less than the cost of a Spotify subscription. Less than Netflix charges you every month. True, you might not be able to get the latest Taylor Swift remix or episodes of Stranger Things, but the Labour Party is trying to reach out to the streaming generation with the claim that the state costs you less than either your music or TV fix.

Brussels or Washington? Brexit means we must decide whose side we’re on

If Boris Johnson wins a clear majority on 12 December, it could mark a big turning point in British history.

With the opening of yet another summit on climate change, the warnings about the impact of global warming are becoming increasingly apocalyptic. The word “emergency” is now associated with policies designed to arrest the rise in temperatures, with the implication that unless more is done soon it will be too late.

Free Exchange: Raoul Ruparel on how to negotiate a Brexit deal (PODCAST)

Across The Pond is edited daily by Steve Parkhurst. Steve is a political consultant, a baseball beat writer, a writer at his blog as well as a Senior Editor here at US Daily Review. Follow Steve on Twitter  @SteveParkhurst