A black conservative is a minority of a minority. With American blacks supporting Democrats and president Obama in overwhelming numbers, African Americans who openly identify as conservatives or align themselves with the Republican Party are often viewed as being traitors to the black cause by other members of the black community. 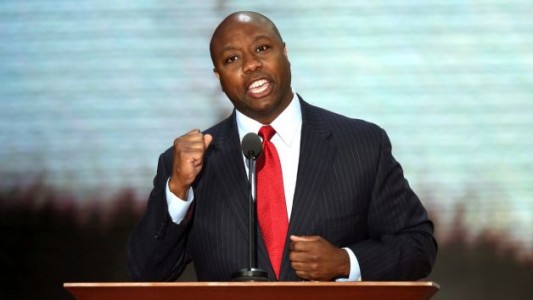 But, if you attended the RNC’s 2nd Annual Black Republican Trailblazer Awards last week, you wouldn’t know it.

MRCTV was in attendance at the awards ceremony and saw hundreds of black conservatives who were outspoken in their belief that modern liberalism is a destructive force to the black community and to the nation as a whole.

However, despite a willingness to fight for conservatives values in the Obama era, many of the attendees we spoke to told us that they had been called vicious names and subjected to ridicule due to their conservative leanings. “Oreo” and “Uncle Tom” were some of the names that attendees told us had been hurled at them by blacks who disagreed with them politically.

One woman’s family refused even refused to donate to her campaign for local office do to the fact that she was running as a Republican.

Despite these hurdles, these black conservatives were incredibly proud of their conservatism and optimistic about the future. Particularly with leaders like Senator Tim Scott (R-SC), pictured and Col. Allen West becoming high-profile heroes within the conservative movement.

The conservative movement is often labeled by those on the left and many in the media in ways that, undoubtedly, lead many blacks to believe that racism and intolerance permeate its ranks. These labels are, of course, inaccurate, but they have none-the-less been an effective tool in turning African Americans into a reliable Democratic voting bloc.

What MRCTV saw at the Trailblazer Awards was not a group of defeated and defensive conservatives -but, rather, a group of conservatives who believe that the tide is turning in their favor and who won’t stop fighting until it does.