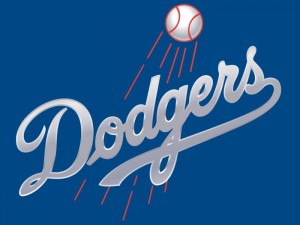 There are few things more devastating for a business — any business — than going through a bankruptcy.  It is even more distressful when it is a storied sports franchise like the Los Angeles Dodgers.  Well, there may be some good news for the club coming soon.

Joshua Macciello, the CEO of Los Angeles based ArmItal Sports Inc. has submitted a bid this week to purchase the Los Angeles Dodgers.

The 36-year-old Macciello made a substantial offer to Dodgers owner Frank McCourt and Major League Baseball Commissioner Bud Selig and now eagerly awaits the process for completing the purchase of the historic franchise.

“I made a more than fair and considerable offer to both Frank and Major League Baseball,” Macciello said. “I understand the process of deciding upon a new owner will be an extensive one, and I look forward to getting started immediately.”

Macciello is a lifelong baseball fan and former college player.  His love for baseball and immense desire to return the Dodgers to their rightful stature led him to the decision to seriously bid for the team.

“The Dodgers are an iconic franchise and I have every belief that under the right leadership they will be restored to their former stature.”

“If I am fortunate enough to be chosen to lead them, I will devote every asset needed and every bit of my attention to the team. I will not rest until the great Dodgers fans in Los Angeles and around the world get exactly what they deserve, and that is a respected team that competes for the championship on a yearly basis.”

Macciello resides in Studio City, California with his wife, his mother and three children.  He grew up in Brooklyn, New York.  In a way, if Macciello, the team would be figuratively going back to its “Brooklyn Dodgers” roots.

For more information about Macciello, read this article from ESPN.com http://espn.go.com/los-angeles/mlb/story/_/id/7455184/josh-macciello-wants-own-los-angeles-dodgers