By the Concord Coalition, Special for US Daily Review.

The Concord Coalition said today that new long-term projections from the Congressional Budget Office (CBO) highlight the need for broad fiscal reforms — and show how disconnected today’s political debates are from the key issues involved in putting the federal budget on a responsible path in the coming decades. 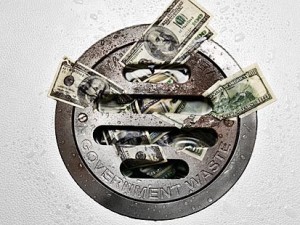 “Candidates and elected officials this year have been focusing on cuts to domestic and defense appropriations even though these programs are not the source of future budgetary pressures. Meanwhile, the tax debate has largely been about whether to extend all or part of the expiring tax cuts and less about the kind of base-broadening revenue-increasing reforms we need,” said Robert L. Bixby, Concord’s executive director. “But today’s CBO report is an important reminder that the aging U.S. population and rising health care costs will dramatically increase pressure on the federal budget from the largest entitlement programs over the next 25 years, and that the projected gap between spending and revenue under current policies is simply unsustainable. We are not hearing nearly enough in the campaign rhetoric about solutions to this problem.”

Washington budgeting generally relies on projections over the next 10 years. The CBO’s 2012 Long-Term Budget Outlook, however, looks out well beyond that period, incorporating long-term impacts of demographic trends and rising health care costs. This longer-term look shows how just three items — Social Security, Medicare and Medicaid — represent all programmatic growth in the future, as the remaining programs are projected to shrink relative to the economy. Interest costs are projected to explode as budget deficits continue to increase because revenue does not keep up with spending (under current policy).

“Thousands of older Americans are signing up for Social Security and Medicare each day. And while health care cost increases have recently slowed, they will continue to rise significantly in the years ahead,” Bixby said. “In addition, interest rates, which are currently quite low by historical standards, will return at some point to more typical levels or perhaps even higher. All of this will place unprecedented demands on the federal budget, and Washington needs to do a far better job than in the past of preparing to meet those demands.”

The CBO report offers two long-term scenarios. One assumes current laws would remain in place. An “alternative” scenario — described in the report as “much bleaker” — assumes that certain federal policies would be renewed and that some provisions in current law that might be difficult to sustain would be modified.

The dramatic difference between the two scenarios is a reflection of the policy choices that need to be made in the next six months as the so-called “fiscal cliff” — sharp scheduled spending reductions and the expiration of certain tax cuts — approaches. The central question facing policymakers is not whether all of these need to expire then. It is whether to stick to the sustainable path of debt under current law, or to keep enacting laws that will force us onto the bleak alternative path illustrated by CBO.

Elected officials can stick to the responsible path by enacting a package of policies that have the same amount of deficit reduction as in current law, but with a different, more sensible mix of revenue increases and spending cuts. In addition, the timing should allow for continued short-term support for today’s struggling economy, with structural reforms for the long term phased in.

Because of the need for such a package, Concord supports efforts in both the House and the Senate to follow through on proposals developed by a bipartisan majority of the National Commission on Fiscal Responsibility and Reform (Simpson-Bowles), the Bipartisan Policy Center’s Debt Reduction Task Force (Rivlin-Domenici) and other bipartisan groups.

Concord, for example, praised the 38 House members in both parties who voted earlier this year for a budget plan introduced by Representatives Jim Cooper (D-Tenn.) and Steven LaTourette (R-Ohio). Based on the work of the Simpson-Bowles commission, it was the only budget plan to receive bipartisan support in the House this year.

Concord has also supported efforts by the Senate’s “Gang of Six” to reach bipartisan agreement on long-term budget reforms.

According to a statement, “The Concord Coalition is a nonpartisan, grassroots organization dedicated to fiscal responsibility. Former U.S. Senators Warren B. Rudman (R-NH) and Sam Nunn (D-GA) serve as Concord’s co-chairs.”