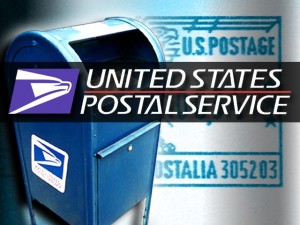 Today, the Council for Citizens Against Government Waste denounced S. 1486, the Postal Reform Act of 2013. The Senate bill bails out the Postal Service (USPS), favors unions over consumers and taxpayers, and fails to prevent USPS’s bankruptcy. The bill, introduced by Senators Tom Carper (D-Del.) and Tom Coburn (R-Okla.) on Thursday, prevents USPS from implementing many of the reforms that CCAGW has long insisted are essential to right-sizing the Postal Service and sparing taxpayers the consequences of its collapse.

“While we at CCAGW appreciate any effort to right the ship at USPS, S. 1486 fails to create the kinds of changes that will have a meaningful impact on the Postal Service’s bottom line”

For example, rather than allowing USPS to close excess plants and processing facilities that have become expendable in light of declining mail volumes, S. 1486 would block USPS from closing unnecessary facilities and post offices for two years. In a November 21, 2011 speech before the National Press Club, Postmaster General Patrick Donahoe pointed out that “roughly 25,000 out of our 32,000 Post Offices operate at a loss.” He added that thousands of post offices have less than $20,000 in annual revenue yet cost more than $60,000 to operate, and many of these unprofitable locations are a few miles away from another post office. Any legislation that does not demand that USPS take swift steps to close excess postal facilities is unacceptable.

Despite the fact that more than 80 percent of USPS’ expenses are labor costs, the bill avoids the issue of reducing its labor force. It also removes the existing cap on price hikes for first-class mail, a policy that will likely increase consumers’ transition away from USPS and toward electronic alternatives, therefore defeating the provision’s intended purpose of increasing revenue. The bill also encourages USPS to pursue other forms of revenue (such as a clothing line), even if doing so means engaging in direct competition with existing industries, and requires no plan or commitment that such ventures be profitable. Not content with its monopoly over the mail, USPS would be allowed to crowd in on other firms’ market share.

The legislation will worsen the flow of red ink at USPS, which lost $8.5 billion in fiscal year (FY) 2010, $5.1 billion in FY 2011, and a staggering $15.9 billion in FY 2012. In the second fiscal quarter of FY 2013, USPS lost another $1.9 billion. Decreased demand has resulted in dwindling incomes at USPS; first class mail, which makes up more than half of USPS revenue, peaked in 2006, and fell 20 percent over the next four years. In short, the USPS business model is broken; half-measures and compromises cannot revive the organization.

“While we at CCAGW appreciate any effort to right the ship at USPS, S. 1486 fails to create the kinds of changes that will have a meaningful impact on the Postal Service’s bottom line,” said CCAGW President Tom Schatz. “S. 1486 tackles an important issue for taxpayers, but its effects would be worse than doing nothing. The Senate should quickly go back to the drawing board; USPS is sinking fast.”