By WalletHub.com, Special for USDR. 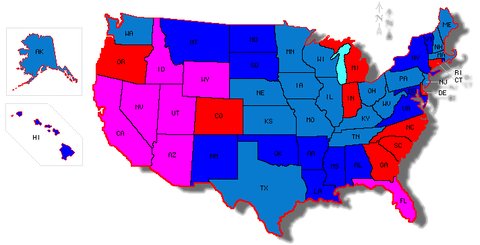 On the heels of its Best& Worst States for Taxpayers Report, the personal finance social network WalletHub, today released analysis that illustrates which states are most and least dependent on the federal government.
WalletHub compared the 50 states as well as the District of Columbia in terms of three primary metrics: 1) Return on Taxes Paid to the Federal Government; 2) Federal Funding as a Percentage of State Revenue; 3) Number of Federal Employees Per Capita.

You can find a brief overview of our findings below. For the full WalletHub Federal Dependency Report, please visit:http://wallethub.com/edu/states-most-least-dependent-on-the-federal-government/2700/