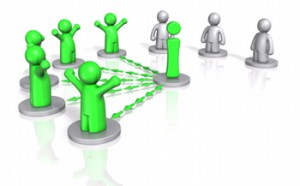 The U.S. is now a service driven economy. One by one, we’ve managed to drive our industries overseas. I’ve asked myself many times over, why are we losing so many jobs to China, India and Pakistan? These countries have become leading destinations for American investment. Why are American companies selling out? On the surface, this is an easy question to answer. I took it a step further and began to question the acceptability of this practice. When is it okay to outsource? What if your life depends on it? Furthermore, how can these American born companies expect American citizens to purchase their products if people are not gainfully employed? Unemployment being as high as it is right now, is a major impact to the number of people and their available dollars that are  in a position to make that purchase. I came up with three reasons why companies are taking their business overseas.

1) To lower the cost to their purchasing customers.
2) Because the company is suffering from severe losses.
3) To increase their bottom line profits even more.

I know, anyone of these can be argued. Some will say that many of these companies do not pass the savings onto their customers. Others would say that they’ve mismanaged their companies and don’t deserve the business of American consumers. Many would say that greed has taken over and that there in no reasonable conversation that makes any of this acceptable.

Since the recession began in 2007, we’ve lost 7.2 million jobs in the U.S. 4.2 million alone were lost in the calendar year of 2009. Unemployment has been a life changing experience for so many. So many good people have lost their homes, cars, their savings, investments, and the lists goes on.

This global economy must be a two-way street. It’s capitalism that got us here. How can we blame capitalism for the calamity we find ourselves in? Shouldn’t American companies be able to take their business where ever they need to to make a buck or more? And if they can pay someone fifty cents an hour to manufacture their product – shouldn’t they be able to make a good business decision? On the flip side, should American consumers support these businesses?

Not an easy conversation, is it?