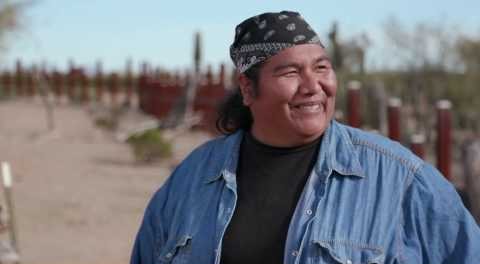 The Tohono O’odham Nation has released a video, “There’s No O’odham Word for Wall,” detailing its opposition to the fortified border wall proposed by President Trump’s recent Executive Order. The video also reiterates the Nation’s commitment to continue working with federal, state and local agencies on border security measures with a proven record of  success.

The current international border was drawn through the Nation’s traditional lands in Arizona and Sonora, Mexico, which the Tohono O’odham have inhabited since time immemorial. Today, the Nation’s reservation includes 75 miles of the US-Mexico border, with tribal members residing on both sides of the  border.

As such, the Tohono O’odham Nation has substantial experience in border security efforts.  In recent years the Nation’s Legislative Council has passed over 20 resolutions supporting border enforcement efforts and opposing a fortified wall.  On Feb. 7, 2017 the Nation’s Legislative Council passed a Resolution restating this opposition.  The Inter Tribal Association of Arizona, National Congress of American Indians and other organizations have formally supported this  Resolution.

The video highlights how the proposed wall would further split the Nation in half and have dramatic cultural and environmental impacts. It would also face severe geographic challenges in the rough desert terrain. A wall would also be easily bypassed in remote regions with the same tunnel and ladder tactics that undocumented immigrants already use to overcome barriers even in more populated  areas.

Tohono O’odham Nation Chairman Edward D. Manuel said “This video provides insight on the many reasons why the Tohono O’odham Nation can not and will not support a fortified border wall. The Nation remains committed to working together to protect the border using proven and successful techniques. We invite the President and his Administration to visit the Nation, see these challenges firsthand, and begin a productive dialogue for moving  forward.”

The video as well as copies of the relevant resolutions and other information can be found on the Nation’s website here:  www.tonation-nsn.gov/nowall.