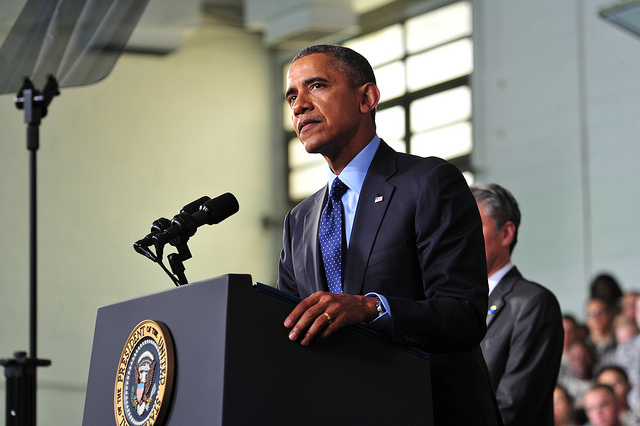 Presidents are elected to lead and not hide in the shadows only to appear when the world is on the brink.

Tension among the nations is bordering on reintroduction of the Cold War, which came to a quiet end during the Reagan years. In recent days, events have occurred which could ignite regional conflicts if their flames are not contained.

Israel launched an aggressive raid on the Gaza Strip in response to persistent missile attacks from this location. Hamas’ aggression has been relentlessly placing Israeli cities under a dome of hysteria without reprieve. International outrage, as usual, is being levied against the Jewish State though they did not initiate the aggression.

President Obama briefly displayed his concern by publicly denouncing the high level of causalities in Palestinian territories, yet paying lip service to Israel’s right of self-defense. Displaying minimal leadership during this unfolding catastrophe, his press release stated categorically that Israel should return to the 2012 peace plan.

Mr. President, Israel was following this purported plan, Hamas wasn’t. As the elected head of our nation, the President showed the world for the nth time that he is a feckless leader detached from reality.

On a secondary front, the downing of a passenger jet over Ukraine killing 298 people shocked the conscience of many nations except for one headed by a shadow.

In the shallowest terms President Obama promised retribution to those who perpetrated this tragedy, unfortunately leaving out the means to achieve this end. Surprisingly Samantha Power, our United Nations Ambassador, had the fire to do what her boss would not – take the game to the Russians.

In biting tones her words accused pro-Russian forces of this atrocity and laid out potential sanctions the United States could bring to bear. Leading from behind has been the present administration’s method of managing world crises. With maximum rhetoric and minimal substance Obama’s speeches have conveyed little to resolve the newest wars among nations.

Perhaps ghost president would be a better appellation for Obama. Allowing secondary officials to perform primary executive functions is not a power delegated in the Constitution. House committees are still questioning where the President was during the night of the Benghazi raid.

In the IRS scandal the President’s minions claim Obama was first notified of the problem through media sources. We now know the veracity of that notation is untrue.

Four year election cycles are done for a reason, to bring competence and confidence to the nation’s highest office. During the last 2 cycles the electorate received much less than they expected.  Harsh times are ahead in the event leadership does not emerged from the corridors of power in the Capital. One thing for certain the paralysis in the White House will not be cured until the end of the present four year cycle.