The U.S. Senate will soon hold what is likely to be the most important energy vote this year, in the eyes of many in the energy industry: an up-or-down vote on Senator Jim Inhofe’s (R-OK) resolution (S.J. Res. 37) to overturn the Environmental Protection Agency’s (EPA) onerous Utility MACT rule.  This may be Congress’ last chance to stand up to, as proponents of the bill say, “the EPA and stop this rule, which is the most expensive power regulation in American history.” It remains unclear how several coal state Senators will vote on the legislation. Senators Warner and Webb of Virginia, Senator Casey of Pennsylvania, Senator Rockefeller of West Virginia as well as Senator McCaskill of Missouri and Senator Tester of Montana are all under intense pressure to support the legislation but have not publicly indicated how they will vote. 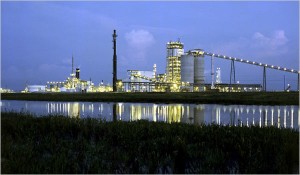 Senator Inhofe recently commented, “the vote on my resolution will likely be the one and only opportunity to stop President Obama’s war on coal – this is the one chance for my colleagues to show their constituents who they really stand with. Which of my colleagues will vote for the only real solution?”

Finalized by the EPA in February 2012, Utility MACT has the stated goal of reducing mercury emissions at U.S. power plants.  However, the real aim is, according to pro-coal forces, to fulfill the President’s promise that under his Administration, “if somebody wants to build a coal plant, they can, it’s just that it will bankrupt them.”  Studies have shown the EPA’s approach will force power plants to close across the country, force electricity prices to spike by an average of 12% nationwide, and cost the economy well over a million jobs.

Inhofe continued, “EPA has consistently misinformed the American public on the subject of the true economic impact of its new (UMACT) rules. This Administration’s War on Coal needs to be stopped.”

According to a company statement from our source for this article, “Count on Coal is dedicated to educating communities about the value of coal to America and to enlighten lawmakers about how coal keeps our electricity rates low with America’s most abundant and affordable energy resource. For more information, visit www.countoncoal.org.”