By EconoSTATS at George Mason University, Special for USDR.

While some activist environmental groups push for a monopoly, a new study released today found that a Forest Stewardship Council (FSC) monopoly on forest certification in the U.S. could destroy tens of thousands of American jobs and hurt forest economies in the South and the Pacific Northwest.  The study also found that a FSC monopoly would significantly reduce wood flows in the U.S., resulting in substantial economic losses for landowners and job loss for direct employees such as foresters, loggers, and millworkers.  The new research represents the most comprehensive economic analysis done on forest certification standards, and was prepared for EconoSTATS at George Mason University by Brooks Mendell, PhD, and Amanda Hamsley Lang at Forisk Consulting.

In order to estimate the economic impacts of forest management under multiple certification programs, Forisk modeled operations and economic implications to forest owners and estimated the potential impact to forest industry jobs and local tax revenues.  The study was conducted in the U.S. Pacific Northwest and South, specifically in Oregon and Arkansas.

In Oregon alone, the state level implementation of a sole FSC standard could:

In Arkansas, it could: 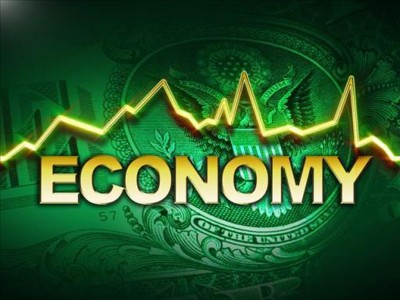 The impact of a FSC monopoly in Oregon and Arkansas – two states with strong forest industries – could have clear consequences.  Given that forest land covers one-third of the U.S., the nationwide impact could be staggering for landowners, consumers of local American grown wood, and the economy alike.

Earlier research found that a FSC monopoly would lead to a $34 billion annual loss to the domestic wood and paper market, while increasing product costs for American consumers by as much as 20 percent.

The study, Comparing Forest Certification Standards in the U.S.: Economic Analysis and Practical Considerations can be found here.

About EconoSTATS at George Mason University: The public debate over economic policy is rooted in data on economic conditions and trends.  Too often, however, these data are either too obscure for most people to understand or too politicized for them to trust.  The goal of EconoSTATS is to simplify and clarify economic debates by explaining the premises and evidence on which they are based.  EconoSTATS is an educational resource empowering readers to analyze, interpret and think about these issues for themselves.  To this end we draw in economists from various perspectives to engage on topics in ways that stimulate readers’ thinking. We also examine and critique the ways the media reports on these topics.  Finally, in the tradition of EconoSTATS’ parent organization, the Statistical Assessment Service (STATS), we provide support for journalists attempting to navigate and report on these issues.