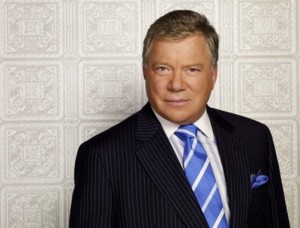 It is that time of the year — visions of turkey going through our minds, and exploding in our kitchens?  William Shatner. Veteran thespian. Accomplished author. Song stylist. Master of the spoken word. Turkey fryer burn survivor.

His contributions to the entertainment industry are numerous, but an accident with a turkey fryer several years ago made him more than just a hot celebrity (pun clearly intended). He was a man on fire, literally, and he doesn’t want it to happen to you.

“I love to fry turkey and have been doing it for years but I am not immune to frying accidents,” says Shatner. “In fact, my family now gathers together to watch my mishaps. Several years ago I was even burned on my arms after accidently dropping the turkey in the hot oil. People need to remember that hot oil and turkey can be a dangerous combination.”

To warn others in the Shatnerverse that these turkey fryer accidents actually do happen, Shatner is teaming with insurance giant State Farm to produce a short online “docudrama” recounting his experiences.

“Only one person was truly capable of getting this important message across in a fun way. The fact that Mr. Shatner actually experienced a turkey fryer accident only brought more realism to his portrayal,” said David Beigie, State Farm Public Affairs Vice President. “In all seriousness, he’s been a good sport in helping us get the word out about frying safely.”

You can see Shatner’s work on the State Farm YouTube Channel. Fans are encouraged to join Shatner’s “Fryers Club” by liking or commenting on the video. In doing so, viewers are committing to take Shatner’s advice to stay safe if they fry a turkey. “Ignorance is the friend of accidents,” says Shatner. “Be enemies with ignorance.”

According to State Farm claims data, more cooking fires occur on Thanksgiving than any other day of the year. In fact, grease and cooking-related claims more than double on Thanksgiving Day compared to an average day in November.