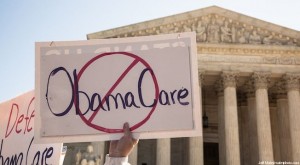 The good news for Republicans is that it appears very likely that Obamacare will be overturned by the Supreme Court.  The questions asked by the Justices, particularly the perennial swing vote, Anthony Kennedy, makes it appear very likely that the court will be overturning the President’s controversial healthcare law in its entirety.  This is also bad news for Republicans if they decide to use this victory as an opportunity to do nothing.  Millions of Americans were concerned about the direction healthcare was going, they certainly did not like Obamacare, but they did not want the status quo.

The Republican leaders that need to really respond to this are those who are governing the many states that changed parties in 2010.  These leaders could produce model reforms that would translate well throughout the country. The federal government does not have a proper role when it comes to health care reform. According to Article I, Section 8, the Congress has seventeen powers, none of them include forcing people to buy something they do not want to purchase nor even solving the healthcare needs (the Founders knew the guys in politics could not solve such, so why leave it to them?). With that, the states should continue to pursue various approaches in an effort to find a better way to pursue health care reform, including:

This list, of course, is only a beginning. Meaningful discussions on the cost of regulation, the impact price fixing has on physicians who accept Medicare and Medicaid, and many other topics are worthy of debate. What is most important is that we return the discussion where it belongs — in state capitals around the country — and we seek solutions grounded in freedom and not in more government.