Yountville, situated in the heart of Napa Valley’s wine country, has earned the distinction of being California’s most expensive destination in terms of its accommodation costs. That’s the result that was uncovered during the latest survey conducted by CheapHotels.org. The site specifically compared hotel rates in 30 California destinations for the timeframe spanning June through August 2012. 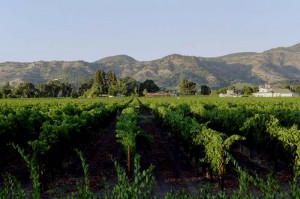 Visitors to Yountville will have to spend, on average, $327 per night to stay in the cheapest available double room there this summer. This price tag makes the small town significantly more expensive than Santa Monica. This larger and popular beachfront city ranks as the second most expensive Californian locale, with an average accommodation cost of $256 nightly. Rounding out the top three is Laguna Beach. To stay in this seaside resort city situated in southern Orange County, travelers will have to spend at least $197 per night for a double room.

Where do California’s other top destinations rank? In San Francisco and San Diego, summer vacationers will find a room for around $100 per night. This figure positions the two cities at number 17 and 18 respectively on CheapHotels.org’s list. And with an average overnight sticker price of only $52 for its cheapest available double room, Los Angeles ranks among the least expensive California destinations.

The following table shows the 10 most expensive destinations in California based on the average rate for the cheapest available double room (minimum: 2-star hotel) there for the time period spanning June–July 2012.