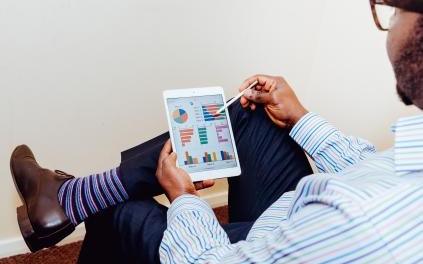 By CareerBuilder, Special for  USDR

When you’re applying for a job, you don’t just want to get noticed, you want to stand out as the best applicant the hiring manager has ever seen. According to a new CareerBuilder survey, candidates are doing some creative and crazy things, but are they really helping them get a  job?

The national online survey was conducted on behalf of CareerBuilder by Harris Poll between May 11 and June 7, 2016, and included more than 2,300 full-time, U.S. hiring and human resources managers across industries and company  sizes.

“Candidates are realizing that an extraordinary cover letter and resume with strong references aren’t enough, that if you really want the gig, you have to stand out from the competition,” said Rosemary Haefner, chief human resources officer for CareerBuilder. “Unfortunately, what many aren’t realizing is that the catch is making sure you do that in a professional, respectful  way.”

Doing Whatever It  Takes
Hiring managers gave the following examples of unusual tactics job seekers used to stand out, not always for the right  reasons:

Five Ways to Stand Out, The Right  Way
To up your chances of getting hired, it comes down to providing evidence that you are the ideal fit. Haefner offers the following ways to stand  out:

Survey  Methodology
The nationwide survey was conducted online within the U.S. by Harris Poll on behalf of CareerBuilder among 2,367 hiring and human resource managers ages 18 and over (employed full-time, not self-employed) between May 11 and June 7, 2016. With a pure probability sample of 2,367, one could say with a 95 percent probability that the overall results have a sampling error of +/- 2.01 percentage points,  respectively.

About  CareerBuilder®
As the global leader in human capital solutions, CareerBuilder specializes in cutting-edge HR software as a service to help companies with every step of the recruitment process from acquire to hire. CareerBuilder works with top employers across industries, providing job distribution, sourcing, workflow, CRM, data and analytics in one pre-hire platform. It also operates leading job sites around the world. Owned by TEGNA Inc. (NYSE: TGNA), Tribune Media (NYSE: TRCO) and McClatchy (NYSE:MNI), CareerBuilder and its subsidiaries operate in the United States, Europe, South America, Canada and Asia. For more information, visit  www.careerbuilder.com.