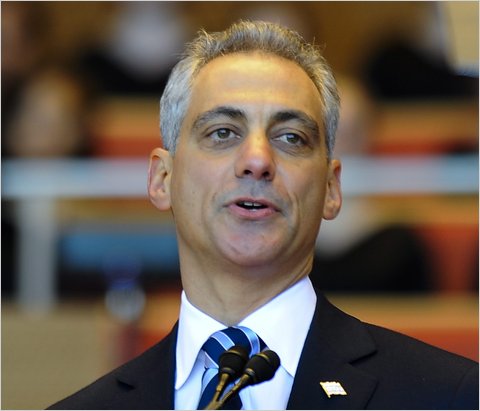 Responding to Chicago Mayor Rahm Emanuel’s proposal that all firearm buyers in city-approved gun shops be videotaped, the Citizens Committee for the Right to Keep and Bear Arms today said the mayor should instead start a photographic file of all crooked Illinois politicians instead.

“The public might better be served by seeing images of Chicago political elitists involved in illegal activities that have put them behind bars,” said CCRKBA Chairman Alan Gottlieb. “That would be quite a rogue’s gallery and it would include a couple of former governors, an ex-congressman and a list of former Chicago aldermen convicted of all kinds of crimes including bribery, extortion, fraud, embezzlement and income tax evasion.”

Mayor Emanuel, a perennial anti-gun extremist, wants to limit the areas where gun shops can be located, and further require that these gun shops do quarterly audits of firearm sales. The proposal to videotape gun sales is to allegedly “prevent gun trafficking and illegal sales in these stores,” according to an aide.

“Where will this information be stored and how will it be used,” Gottlieb questioned. “This isn’t about stopping crime, and Emanuel knows it. This is about intimidating law-abiding citizens in the hopes of discouraging gun sales, and creating what amounts to a video gun registry. It won’t stop criminals from illegally obtaining firearms and it won’t stop shootings that have already made Chicago one of the most dangerous cities in the country.