By Hailey Robinson, Special for USDR. 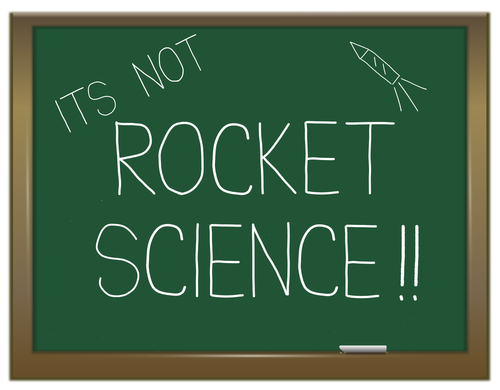 As the very nature of our society continues to grow and evolve, there’s no question that careers in the social sciences realm have become increasingly relevant. These careers typically exist under the umbrella of anthropology, economics, politics, psychology, and sociology. They are also influential in the fields of archaeology, history, law, and linguistics. Considering the simple fact that each of these fields closely involve human beings in one way or another, those who fill these positions have the unique position of being able to make a difference in the world. Here’s a look at several of those careers.

Postsecondary teachers tend to leave significant impacts on the lives of their students. Through their positions with colleges, universities, and technical schools, these educators work closely and directly with students who will go on to lead the way for future generations. The years people spend in postsecondary school tend to represent major turning points in their lives, both on a personal and professional level. It’s often thanks to the mentoring provided by their professors and educators that people become passionate about their schoolwork and their subsequent years.

People who gravitate toward social work don’t do it for the money; they make an average of a modest $44,000 per year. There’s not much to be made in this field anyway. They do it to help improve the lives of others. Social workers provide assistance in many capacities to help people to cope with undesirable personal situations, or to resolve conflicts.

They care and advocate for people with disabilities, as well as those who are entangled in substance or domestic abuse situations. They typically gather information on individual cases and then use the services their agency has provided them with to offer assistance to the people involved. Sometimes social workers are able to solve seemingly unsolvable problems; other times they offer assistance coping with problems that can’t be solved. Regardless what the individual situation, the fundamental purpose of social workers’ careers is to make a difference in people’s lives.

There’s no doubting the demand for these professionals either. The demand for social workers is expected to increase by 19 percent between 2012 and 2022.

Criminology is the study of crimes, criminals and their behavior, as well society’s reaction to crime, and the effect of policies aimed at reducing various crimes. Criminologists make a difference by providing research which shines a light on the policies and tactics that are particularly successful in reducing crime rates.

By understanding the minds of criminals and the crimes they commit, we can continue to enhance the correctional rehabilitation efforts societies put in place to reduce them.

NPO Founders and Their Staffs

Non-profit organizations make a tangible difference all over the world on a daily basis. Much like social workers, they don’t do it for the money, as there’s little to be made in this sector anyway. Rather, they do it out of a deeply driven desire to make an impact on the industry they exist in. And each of the nearly 1.5 million tax exempt organizations are in the U.S. alone.

About a quarter of all Americans volunteer their time to NPOs yearly. Those volunteers, combined with tens of thousands of paid staffers, account for public charities, private foundations, and other organizations that all seek to provide resources to those who wouldn’t otherwise have access to them.

Journalists exist to share stories. By sharing the happenings of communities, government agencies, and citizens, they uphold the generations-old “watchdog function” of the press. You’ll find that it was journalists who uncovered the now infamous scandals the likes of Watergate, Enron, Lance Armstrong’s doping, and nearly every other major scandal that has shaken our society.

True journalists seek the truth and desire to tell meaningful stories to keep the rest of the world informed. They make a difference by helping to keep government officials honest, and hold them accountable to the people, and by exposing injustices within societies around the world.

Careers within the world of social science make a difference through touching the lives of other human beings in one way or another. Are you considering a career in the social sciences? How do you plan to utilize your education?

Hailey is a recent graduate with a degree in Journalism. Now that she isn’t face first in books she is trying to travel as much as she can. She writes in her free time between fixing up her new house and teaching people how to live a longer, healthier life.