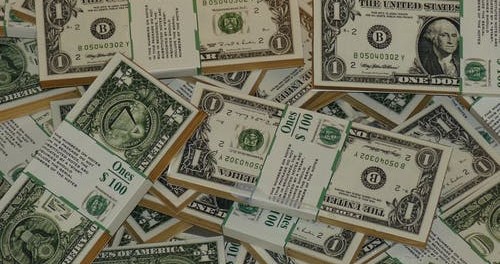 Wealth is the epicenter of every modern dream and aspiration. Why? Because it offers an escape from the mundaneness of life and presents a luxurious high-end living on a silver platter. Everyone wants to get rich, leave their exhausting jobs, buy islands and take endless vacations. Sometimes, they even do. However, not everyone learn the skill to prolong this richness, and end up emptying their wealth stores. That doesn’t seem like the right way to financial independence, does it? The real question then becomes, how can you ‘stay’ rich? People who’ve mastered the skill of wealth building and maintenance, like big named, forever-rich Bill Gates and Bernard Arnault, can teach you a thing or two about treating your money smartly. Stay tuned and check out the pointers below.

Have a Growth-Oriented Approach

How do the rich keep getting richer? Not by sitting on their wealth all broody and idle. On the contrary, wealthy people foster a particularly proactive mindset, which opens them to new opportunities for financial growth. Empowered by a ‘bigger and better’ vision, they look upon the world with productive and creative eyes and are always open to ground-shaking, innovative projects. Take Amazon’s CEO, Jeff Bezos ($150.7 billion net worth) for example. He owns Blue Origin, an aerospace company working towards creating rockets for commercial-wide use, in addition to The Washington Post. Smart move, right? So, if you want to build your wealth, be hungry and dynamic about it, instead of placid and static.

Keep Company of the Successful

The rich and successful folk tend to surround themselves with other rich and successful influencers, for which purpose they host elaborate parties, serious conferences, and other gatherings of the same sort. Remember ‘The Great Gatsby’ and how Jay used to make his mansion come alive every night with the bejeweled elite? If you haven’t seen this classic, order it from your cable TV provider here. The thing is that keeping the company of like-minded and driven individuals gives the wealthy people the right ambiance for making influential contacts and for coming across thought-provoking projects. There is a proper San Francisco ‘Crypto Castle’ owned by Jeremy Gardner, where Bitcoin enthusiasts gather, debate, party and plot the future of money.

There are two ways you can treat a pile of lying cash. You can either save it as it is in a bank account or, you can invest it in a venture and earn the real-time profits from it while sitting at home. Warren Buffett did this and now his net worth rests at $86.6 billion. They don’t call him the ‘Oracle of Omaha’—one of the most successful investors of all time—for nothing.

Step into the Unknown

The difference between us and the eternally rich is that while we are irrevocably accustomed to our comfort zones, they get a thrill out of breaking their own limits and reaching hitherto unexplored regions. This constant striving, dreaming and risking ultimately lands them in a pot of gold. You need to understand that by restricting yourself in a ‘safe’ 9 to 5 job, you cannot achieve your true potential and amass any sort of wealth for long. Mark Zuckerberg ($70 billion net worth) did not start Facebook by staying in his comfort zone. No. He followed his dream despite the demotivating factors and reaped the fruit in billions (still doing so). Learn from him and you’ll be set for life.

Weigh Each Decision with Forethought

Predictive insight, or the anticipation of future events in relation to a monumental subject, is one of the most crucial attributes of successful and wealthy entrepreneurs. Elon Musk ($19.8 billion net worth) is famous for taking pioneer technological leaps towards Earth’s sustainability through his ventures Tesla and Space X. He is eccentric, erratic but never careless. Each decision he takes has tons of forethought behind it and a much necessary weighing of pros and cons. This is why he’s a rich and famous trendsetter, on top of being a calculative risk-taker. You should follow in his steps to retain your wealth.

There are two kinds of incomes. Active—the return you get based on the number of hours you put in at work. Passive—the return you get from indirect channels, such as rent, stocks, royalties and app payments, etc. Wealthy individuals maintain their financial numbers by going for a combination of active and passive incomes. They constantly dig out new channels of monetary expansion, and thereby, keep the bucks rolling in. Take a look at Mukesh Ambani ($49.3 billion net worth), for instance. He continued his father’s empire of the oil and gas giant, Reliance industries, in addition to launching a 4G phone service Jio in India, which became popular like wildfire and made him one of the richest men in the world.

Rich people who stay rich for generations to come are quite smart about their wealth. Where does this smartness come from? Constant learning and self-improving. Steve Jobs, in his lifetime, credited the development of Apple’s aesthetics to Palladino’s calligraphy classes he sat in on while at Reed College. So, like Jobs, you should always be open to educating yourself at any turn, and get better at preserving your wealth.

Becoming rich, staying rich and keeping on getting richer. If that’s your goal, then the aforementioned pieces of wisdom from the lives of the pros who’re actually doing it will surely help you on your way.