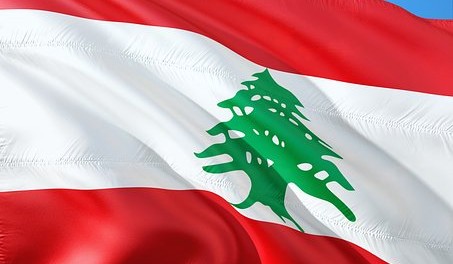 By  Cristi Casella, Special for USDR

The political landscape is one that is always in flux and always changing. Just when you think you may have a handle on how a particular country is operating as far as its government is concerned, change can come, the tides turn, and suddenly it’s back to square one. When it comes to Lebanese politics, there is no shortage of twists and turns, and trying to make sense of it can be difficult at best.

Here, we’ll take a look at the main political parties in Lebanon and put together a beginner’s guide to Lebanese politics that can act as that jumping off point for your research. With Lebanon’s first parliamentary election in nine years taking place earlier this year in May 2018, it has been a very busy time as far as politics go.

While there are many religious groups and coalitions that make up the political scene in Lebanon, Hezbollah is the most powerful of them all and is the most well-known around the world. It was originally formed in the early 1980s with the aid of Iran, which now donates more than $100 million per year in aid. The organization itself is made up of all different power structures and takes on a variety of tasks. It is classed a political and militant group and was formed after the invasion of Lebanon by Israel in 1982.  The United States and many of its allies has designated it a terrorist organization.

As far as the image that Hezbollah projects, it casts itself as a revolutionary organisation. Its members claim that they don’t fight with their fellow country people and that they don’t want to have to use force. It is also a Shiite organization.

In 2011, Najib Mikati was nominated to be the prime minister, not just by Hezbollah but also by its parliamentary allies. This was a sign that Hezbollah’s power was increasing in the political arena, despite the protests that this triggered. From that point on, things stayed turbulent and in 2016, Michel Aoun, a Hezbollah ally, was then elected as the president and Saad al-Hariri was appointed as the prime minister.

Fast-forward to May 2018 when the first legislative election in Lebanon was held since 2009 and the March 8 bloc took the majority of the seats. This has made Hezbollah the dominant political force. What didn’t change was Hariri as the prime minister.

This particular coalition is made up of a number of parties such as Amal and Hezbollah, both Shiites, and other Christian allies.

This particular coalition is seen as the pro-western and anti-Syrian group of parties. They feature democratic and left-wing parties.

Then there are the independents that are made up of the Metn Bloc, the Progressive Socialist Party, and the Democratic Gathering block.

Power Is Spread Out

The results of the May 2018 election have left the 128 seats that were open spread out between 11 different religious groups, making for what is sure to be more interesting and even turbulent times ahead.

Cristi Casella is a writer that is trying to help young people understand politics. She is currently working on a few articles that focus on different regions. She believes that understanding politics is the key to understanding how our world works.