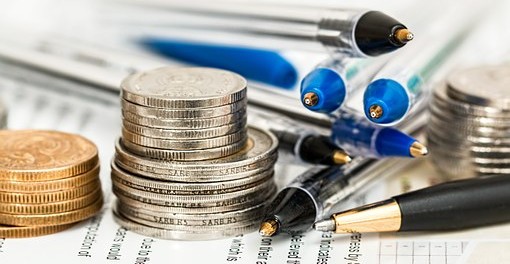 Today, the New Markets Tax Credit (NMTC) Coalition sent a letter addressed to the House Ways and Means Committee and its Chairman, Kevin Brady (R-TX), as well as to the Senate Finance Committee and its Chairman, Orin G. Hatch (R-UT). The letters urge the two Chairman to include a permanent extension and expansion of the New Markets Tax Credit (NMTC) in tax reform legislation, along the lines of the bipartisan New Markets Tax Credit Extension Act of 2017 (H.R. 1098 / S. 384). More than 2,100 signatures came from banks and credit unions; nonprofits; businesses, ranging from very large businesses to small, family-owned operations; city governments; state and local elected officials and agencies; and associations that represent thousands of  members.

“As Congress considers tax reform legislation, we hope Members will take note of the broad support for New Markets Tax Credits,” said Robert W. Davenport, President of the NMTC Coalition and Special Advisor to National Development Council. “The letters were signed by thousands of organizations, representing every state and located in every type of community, from rural areas to urban neighborhoods, and everywhere in between. Why? Because they have seen firsthand the success of NMTC in revitalizing communities, creating jobs, increasing economic opportunity and improving  lives.”

Established in 2000 in the Community Renewal Tax Relief Act (P.L.106-554), the New Markets Tax Credit is a bipartisan effort to stimulate investment and economic growth in low-income urban neighborhoods and rural communities. The NMTC was most recently provided a five-year authorization in The PATH Act. (P.L. 114-113) in December 2015. There are presently 13 Senators signed on in support of S. 384, which was introduced by Senators Roy Blunt (R-MO) and Ben Cardin (D-MD). In the House, H.R. 1098 has 81 cosponsors, led by Reps. Pat Tiberi (R-OH), Tom Reed (R-NY), and Richard E. Neal (D-MA), who is the Ranking Member on the Ways and Means  Committee.

The NMTC works by providing a shallow federal tax credit of 39 percent, taken over seven years, for investments made in census tracts where the individual poverty rate is at least 20 percent or where median family income does not exceed 80 percent of the area median. However, more than 72 percent of all NMTC investments have been in communities exhibiting severe economic distress, including unemployment rates more than 1.5 times the national average, a poverty rate of 30 percent or more, or a median income at or below 60 percent of the area median. Between 2003 and 2015, $42 billion in NMTC investments leveraged over $80 billion in total investments to businesses and revitalization projects in low-income rural and urban  communities.

“Despite an exemplary track record in revitalizing some of the poorest communities in our country, financing over 5,000 businesses, hospitals, daycare facilities, and manufacturing expansions and creating some 750,000 jobs, the future of the NMTC is under threat,”  said Bob Rapoza, spokesperson for the NMTC Coalition.  “No other the federal tax incentive is generally available to economically distressed rural and urban communities to promote economic revitalization. If the NMTC is not included in the tax reform legislation or is repealed to pay for other tax provisions, this vital tool for community development will cease to  exist.”

For examples of how the NMTC is making an impact in each state, see the NMTC Coalition’s NMTC at Work in Communities report or check out its Project Profile  Map.