By Sarah Nelson, Ed.D, Special for US Daily Review

“I pledge allegiance to the flag of the United States of America, and to the republic for which it stands.” 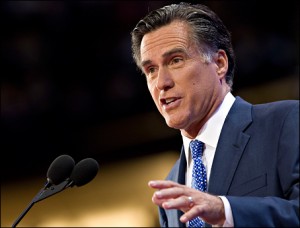 I did not always pledge allegiance to the United States. Born and raised in Kenya, I left because unemployment was high, and college graduates like me could not find jobs. Kenya owed a large sum of money to foreign nations, making it impossible for the future generations to enjoy economic liberty. It was then I moved to the United States of America in pursuit of happiness and liberty.

20 years later, am living under the leadership of Barack Obama. The national debt is $14.6 trillion (Obama’s contribution is $4 trillion). The debt of $14.6 trillion is almost equal to GDP (our ability to produce goods & services), unemployment is approximately 9%, and college graduates are having difficulty finding jobs. For the first time in my adult life, I see a bleak future for my two children. A future that resembles the life I left in Kenya. We need a president who understands how the economy works. A president whose experience demonstrates an ability to create jobs in the private sector and an ability to support public policies that make businesses thrive and grow. That president is Governor Mitt Romney.

What makes the United States the greatest nation in the world? The economic opportunities afforded to people who come from all over the world wanting to work hard and succeed. I am concerned my son 8 and daughter 5 may not have the economic opportunities afforded to me in the United States. If the United States crumbles where will my children go to find economic liberty like I did 20 years ago? I listened to Romney express his love for America in Denver, Colorado and it gave me insight to his family background. His early childhood memories of driving across America eating egg salad shaped  how he thinks about our country. We need a president who acknowledges that America is an exceptional country. It is exceptional because of the contributions made by every day citizens. How the next president thinks about America will impact how he governs it. It’s clear to me Romney has a deep love for our nation, a deep respect for its history and the ordinary people who do simple things like eat egg salad.

I knew Romney was the right candidate when I learned about him cutting red tape for businesses and implementing incentives that brought new businesses to Massachusetts. Mr. Obama has not addressed the issue of how regulations cripple businesses from creating jobs. Boeing has been facing opposition from Unions in South Carolina. Mr. Obama has ignored Governor Hailey’s request to intervene and help resolve the issue. As President, Romney would understand the importance of intervening in South Carolina. He would work with Governor Hailey to assist Boeing in creating jobs for Americans residing in South Carolina. He did it in M assachusettsand I believe he will do it as President.

I knew Romney was the right candidate when I learned he eliminated a $3 billion deficit and accumulated $2 billion for emergency use in Massachusetts. Facing a $14.2 Trillion deficit, Mr. Obama decided to raise the debt ceiling for the 4th time in 3yrs, launch a “kinetic intervention” in Libya, and proposed more spending for “stimulus” spending. In the end Mr. Obama went on national television to blame republicans for the debt crisis. Romney worked alongside Democrats to implement a fiscal framework for economic growth. It’s time we had a president who will lead both parties to turn around our economy without blaming either side for the problems facing our nation.

I knew Romney was the right candidate when I learned under his leadership, “Bain Capital helped to launch or rebuild hundreds of companies, including household names such as Staples, Domino’s Pizza, and The Sports Authority. As Bain Capital was growing in prominence, Mitt returned to his old consulting firm, Bain & Company, as CEO. In a time of financial turmoil at the company, he led a successful turnaround.  His Executive experience creating jobs in the private sector and his Executive experience implementing job creating incentives in Massachusetts gives him a broad understanding of how public policy interacts with private businesses to grow the economy. This is a unique skill set that Romney will bring to the White House as president. A skill set that is needed at this time in our country. I believe in America, ‘one nation under God, indivisible, with liberty and justice for all.’ I also believe in Mitt Romney’s Proven Leadership Skills for America in 2012. God Bless America!