By DoctorBonnie.com, Special for US Daily Review. 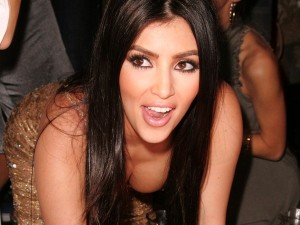 Upon the news of the pending divorce between Kim Kardashian and Kris Humphries, Dr. Bonnie Weil weighs on on what may have caused this domino effect of Lust/Love. This is a good example of when the “honeymoan” stage takes and sweeps a person into a different level.  They say parents are better at picking a partner as people get swept away in the new love feeling. When the honeymoon ends, the power struggle begins…  that is the beginning of the end!

“The endorphins from the honeymoon stage have worn off, and what you are left with is reality!  We love the feeling of euphoria and utopia of the honeymoon stage.” says Dr. Bonnie.  A couple must have a good foundation and the tools, in which Dr Bonnie provides with her ground breaking Smart Heart Skills and Dialogue in which have saved 98% of the couples she counsels. Dr. Bonnie teaches her patients that the the bridge to real-life love is stopping along the way to the power struggle stage.  “We always pick a person that gives us the most trouble, so we can grow and become a better person.  The thing that you love about your partner in the beginning you end up hating in the end. It wears on you like chalk on a black board!” Dr. Bonnie sees often in her practice. Smart heart Skills and Dialogue gives you the “know how” to navigate after the heart pounding honeymoon stage to the comfort, safe, real life love stage. “The problem is most don’t hang around long enough to get to the real life love because they don’t believe and know how to do it” says Dr. Bonnie.  “They leave when the going gets rough instead of staying the course.  This is what is wrong with Narcissistic “Greed/Me” generation that we live in.” states Dr. Bonnie.

According to The New York Post http://tinyurl.com/3zojvxx Kris Humphries learned of the divorce filing via TMZ just as the world found out.  “This is the ultimate betrayal finding out via media, it is very hostile way to get back at a person.” quotes Dr. Bonnie.

Dr. Bonnie feels “Kim fell in love with love.  Her biological clock is ticking and she may have felt pressure from the nuptials of her sister Khloe and the baby of sister Kourtney. Love is like the game monopoly. They went to the power struggle stage from honeymoon and did not pass Go.  They jumped out too soon.”  Everybody wants everything now but it is through the struggle that we become stronger and closer, that power struggle is what bonds a couple.  They allowed that struggle to break them instead of strengthen them.

Dr. Bonnie Eaker Weil (Dr. Bonnie) is a relationship expert who was named by Psychology Today as one of America’s best therapists, and by New York Magazine as one of New York City’s best therapists. She was recently honored with the 2011 New York Award in the Physicians category by the USCA “Best of Local Business Award. She is known as “The Adultery Buster” and the “No. 1 Love Expert,” she is the best-selling author of Adultery: The Forgivable Sin (adapted into a Lifetime movie starring actress Kate Jackson), Make Up Don’t Break Up, Finding and Keeping Love for Singles and Couples (Revised edition Feb 2010, including DVD How to Fall in Love and Stay in Love for Singles and Couples) and winner of the NY Times Reader’s Choice award for best dating book 2010, Can We Cure and Forgive Adultery?, Staying Not Straying, How Not to (S)mother Your Man and Keep a Woman Happy, and Financial Infidelity (Making Money Sexy).